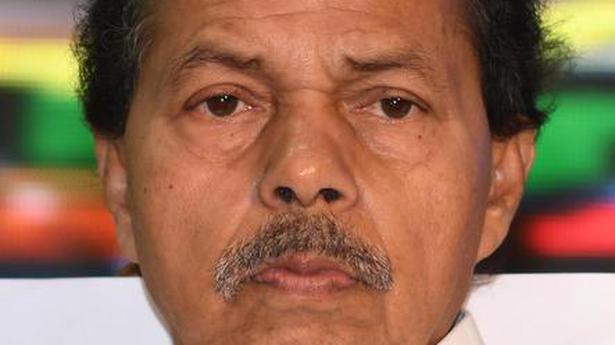 Following the alleged seizure of ₹90 lakh in cash from a Kochi-based businessman at Anjumana, near Edapally, Thursday night, the Income Tax investigation department is trying to ascertain the source of the sum.

The case, however, attained political dimensions with questions being raised about the role of P.T. Thomas, MLA, in the reported property deal involving the businessman who deals in used bottles.

The legislator, on Friday, told the media that he had only tried to mediate a land deal involving the family of a late Communist activist, Dineshan, an accused in the Edapally police station attack of 1950.

According to an IT sleuth, the businessman intended to procure about three cents of land near Anjumana in the possession of a family for several decades. “When we finally finished counting the money seized, it was ₹90 lakh and it’s only natural that we try to find out the source of such a large sum. It could not be immediately ascertained and the businessman is indisposed,” said the officer. When the IT sleuths reached the spot, the legislator was leaving.

With jibes doing rounds on online platforms targeted at him, Mr. Thomas told the media that reports of him scooting the place seeing IT sleuths were baseless and libellous. “The family is close to me as the late Dineshan’s son was my driver from 2001 to 2006. I was present at the meeting in which the agreement between the family members and the businessman, was read out. The agreement condition was that money would be transferred to the family through bank,” he claimed.

Mr. Thomas contended that he had no idea whether the buyer was holding unaccounted money and it was left to the investigating agency to take necessary action. “The local CPI(M) leadership, ward councillor and representative of the residents’ association were also aware of the land deal,” he claimed and said he was contemplating legal action against those trying to malign his reputation by spreading false information.

The I-T Department, it’s learnt, would also discuss the developments with the Enforcement Directorate.

Sira hots up as big forces descend on turf