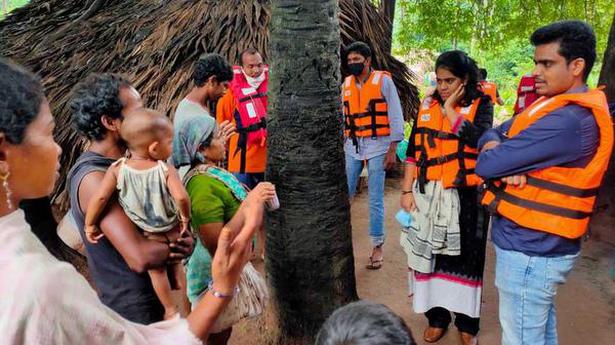 Minister for BC Welfare Ch. Venu Gopala Krishna on Friday said that nearly 14,000 tribal people in 80 habitations had been affected by floods in the Godavari in the East Godavari Agency.

Mr. Venu Gopala Krishna inspected a flood relief centre in Rampachodavaram, where he inquired about the facilities and assured of timely support for the affected people from the government to lead their regular life by offering compensation to the crops or houses damaged during the flood.

Ms. Kirthi inspected relief operations at Ganugulagondi, Enugulagondi, Agraharam and Moolapadu in Devipatnam mandal. The families in these four habitations did not leave their habitations, expressing fear of the spread of COVID-19.

He said over 51,000 people affected by the flood were in relief camps and they would be housed there for some days. As many as 339 boats were involved in relief operations.

Jet fuel is now so cheap it’s being blended for use...