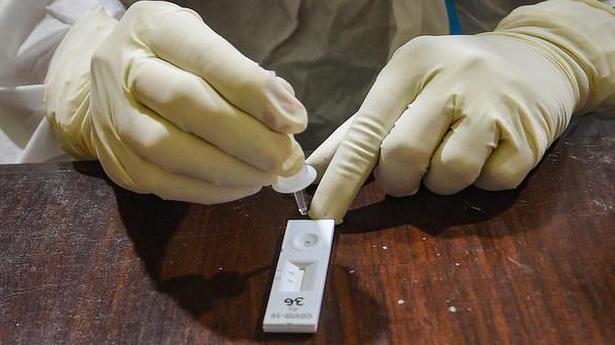 The two districts account for more than 60 % of deaths in the State.

Kolkata recorded 487 infections in the past 24 hours taking the case tally to 47,628. North 24 Parganas, the second worst-affected district recorded 516 fresh infections taking the total number to 42,669.

The two districts account for 45 % of all COVID-19 cases in the country.

Meanwhile, the number of people who took the Kolkata Metro on the second day of resumption of services climbed to 27,100. On Monday when the services resumed the number of passengers who took the metro services was 20,000. During the day Metro authorities also allowed senior citizens to avail services without e-passes.

“Since generating an e-pass was a problem for senior citizens, the Metro authorities have decided to allow senior citizens to travel between 11.30 a.m. and 4.30 p.m,” a statement by Kolkata Metro said. Senior citizens will have to furnish any document that serves as an age proof, it said.