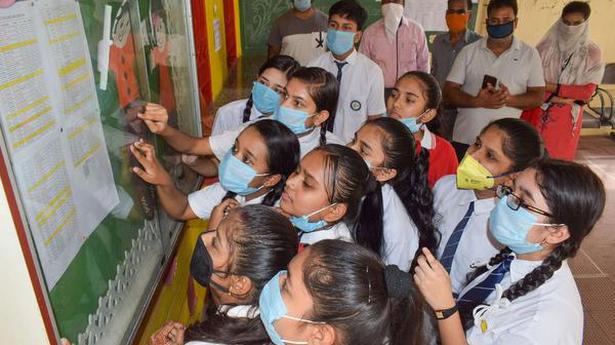 An estimated 86.34% students passed the class-10 board examinations in West Bengal this year, the results of which were published on Wednesday.

A total of 10,03,666 students had appeared for the Madhyamik Pariksha this year and 8,43,305 of them passed it, West Bengal Board of Secondary Education President Kalyanmoy Ganguly told reporters in Kolkata.

According to the merit list published by the board, Aritra Paul of Memari Vidyasagar Memorial School in Burdwan East district topped the tests, securing 694 out of 700 marks with a percentage of 99.14.

The state class-10 board examinations were held from February 18 to 27.

The results can be accessed on the two websites of the board, while the mark sheets will be distributed from various centres across the state on July 22, Ganguly added.

After Arun Jaitley, none in BJP understands psyche of Punjab: SAD...