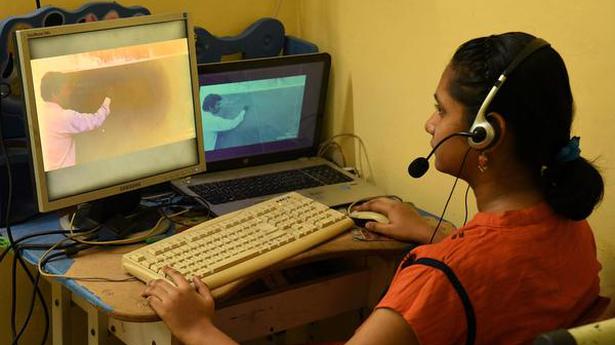 India’s oldest dental college became the first in the country to adopt the new normal when its Orthodontics department conducted online the final exam for its post-graduate students this week.

The 1920-built Calcutta Dental College — later renamed Dr. R. Ahmed Dental College after its founder Dr. Rafiuddin Ahmed — is also considered the oldest dental college in Southeast Asia and is the only government-run institution in West Bengal to offer post-graduate courses in the field.

On June 23 and 24, external examiners evaluated via Zoom the college’s three post-graduate Orthodontics students, with the examination stretching from 9.30 a.m to 6.30 p.m. on each day. Recently, AIIMS in New Delhi too conducted a similar exam but since AIIMS does not have under-graduate courses in dentistry, this legendary Kolkata institution can be considered the first dental college in the country to hold exams online.

“We successfully organised the exam digitally following the guidelines of the Dental Council of India, West Bengal University of Health Sciences and the Directorate of Medical Education. The exam should have been held in April but the lockdown happened. Since the delay was affecting the future of the students, the Directorate of Medical Education had asked us to complete the process by June 30,” said Dr. Partha Pratim Choudhury, assistant professor of Orthodontics, who was entrusted with conducting the online exam.

“In normal circumstances, each student attends to seven to 10 patients in the presence of examiners. In the present situation, we simply could not have had so many patients coming over. What came in handy was the digital records of the treatments the students had done in the past three years — the examiners went through them. They were also asked to create — on the spot — appliances for specific treatments and were also evaluated on the basis of that. Then there was viva and extempore. It was a new experience and a challenge but we did it,” said Dr. Choudhury.

The external examiners were Dr. Srikrishna Chalasani from Visakhapatnam and Dr. Sudheer K.H. from Bengaluru. Besides, there were two internal examiners — Dr. Bimalendu Saha and Dr. Rup Kumar Das — and a scrutiniser, Dr. Amal Chakraborti. They are all well-known figures in the field of dentistry.

“Things are changing fast around us. After the jolt [of COVID-19], life is redefining itself. Slowly but surely we are adapting to the new situation which was beyond our imagination even a few months back. The show must go on, after all,” Dr. Choudhury said.