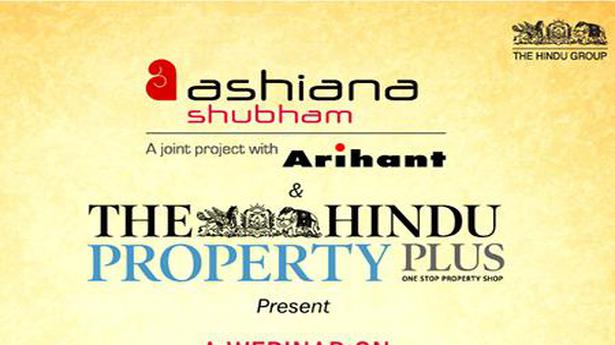 The social bias against elderly people moving into senior living facilities might be slowly eroding.

This was among the several points brought out in a webinar organised by The Hindu Property Plus and Ashiana Housing Limited on July 18. Titled ‘Senior Living Community — Positives in Today’s Pandemic Scenario’, the webinar panellists included Dr. U. Gauthamadas, geriatric neuro psychiatrist; Harish Nair, executive director and head consulting, India CBRE; Prashant Thakur, director and head — Research, Anarock Property Consultants and Ankur Gupta, joint managing director, Ashiana Housing Limited and chairman of the Association of Senior Living of India. The webinar was moderated by Vaishna Roy of The Hindu.

“We have seen a rising interest for senior housing in the last two years but during the lockdown, as people found themselves without household help, transportation, etc., we saw an increase in demand,” Mr. Gupta said.

A key point of discussion was the need for inter-generational communities rather than standalone facilities. “Depression, not dementia, is a key healthcare issue among the elderly,” Dr. Gauthamadas said, adding that, “Depression can be easily treated with medication and interactive activity, which is why such integrated spaces are a must.”

On the other hand, many seniors prefer to interact with their own age group and want like-minded communities, said Mr. Gupta. Their focus is on safety, health, comfort and activities. Developments can merge regular, senior living, semi-assisted and fully assisted living, Mr. Thakur said. The segment is still nascent but as millennials begin to make their retirement plans, they will take into account personal space, healthcare and activities.

“Developers and consultants need to pick up on these signals,” he said. Over time, the sector would have to respond with “built to suit” and customised models. “This is a specialised asset class which needs focused planning.” Responding to a question on whether senior communities can come up inside the city with 700-800 sqft units, Mr. Gupta said his company was focused on large, suburban developments but one could expect others to soon look at this space.