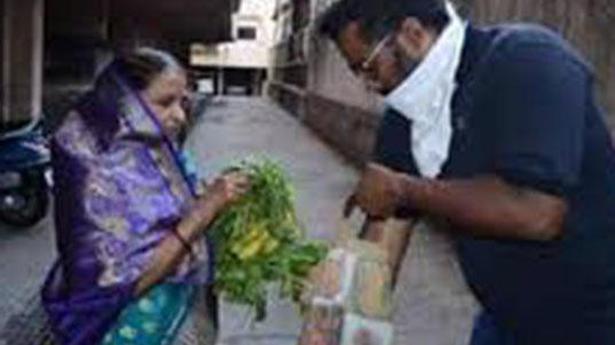 Through Google Groups, the volunteers stay connected with the elders and address their everyday concerns

Kalakshetra Colony Welfare Association has constituted a team of dedicated volunteers who would attend to the everyday concerns of senior citizens, during the pandemic. And Association would fight the seniors’ battle. There has been sufficient evidence of both.

Through Google Groups, the volunteers stay connected to beneficiary-seniors. The seniors can easily contact the 15 volunteers, which include Archana Hari, Krishna Mohan, Krithika Vishwanathan, Vaishnavi Acharya, Akshar Jaikumar, and Ankit Mohota, as the latter’s addresses, phone numbers and email IDs are shared on Google Groups. The seniors can contact the volunteers any time of the day, says Association general secretary Shanthi Krishnan who heads the group.

These volunteers have been helping senior-citizens and super-senior citizens get essential provisions, medicines and vegetables. They spend out of their pocket to buy what the seniors need, and the seniors would repay them when the bills are presented.

Whenever a senior needs certain work to be carried out with a government agency, this group does the coordination work.

“I coordinate with Greater Chennai Corporation (GCC). We have been receiving excellent support from the GCC. Deenadayalan, assistant engineer, Ward 181, and sanitary inspector Naveen, are particularly in regular touch with us, rendering all the required help. Many a time, with the help and support of GCC, we have guided senior-citizens, maids and security guards to nearby COVID-19 testing centres,” says Shanthi Krishnan.

When the functions of a bank located on the premises of Kalakshetra Colony were going to be merged with those of two other branch banks — the savings account going to a branch located at Besant Nagar, and locker facility to a branch located East Coast Road — the Association took up the issue. This bank at Kalakshetra Colony was a boon to senior citizens. As many seniors were operating their accounts there, they would have to travel to the branches to draw cash, bring jewels from the locker and for other bank-related works.

“Upon hearing the proposed move, we took up the issue with the authorities concerned at the higher-level, and stalled it. At present, we are helping the bank staff identify a new premises for the branch, inside the colony,” points out Krishnan.

“Ever since it was formed, KCWA has kept helping seniors citizens and super senior-citizens as one of its main objectives.”