Home Cities Chennai A short guide for gated communities on how to deal with quarantined... 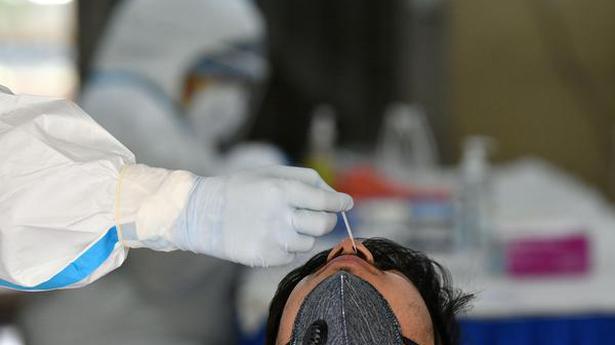 The house-keeping staff raised the banner of protest, shrinking from their duty only where one specific floor was concerned. A battalion of resident-volunteers arrived on the scene. Unfortunately, no amount of persuasion could get the house-keeping staff to relax their intransigent stand.

The staffers’ stubbornness being the result of a perceived threat to their personal safety, resident-volunteers handled the issue with sensitivity. Here is the context of this deadlock: A few weeks ago, at the House of Hiranandani Upscale in Egattur, housekeeping staff expressed concern about clearing garbage on one floor in a tower, where one resident had tested positive for COVID-19.

Members of the executive managing committee as well as those from the volunteering groups at the gated community narrate how the staff’s fears were allayed; and how the families with a COVID-19 positive member are assisted through the stressful times; and how other households are reassured through actions that show their safety is accorded utmost priority. The resident-volunteers underline that the operative word is reassurance, through actions and words.

Nancy Krishnamoorthy, member of the executive managing committee and volunteer in-charge of sanitisation at one of the towers in the community, declares that the presence of committee members and volunteers on the spot to clarify doubts and quell their anxiety instilled confidence in the house-keeping staff.

Nancy relates that the house-keeping staff were in PPE suits, and “we told them we would go with them right to the place where the garbage had to be cleared”.

To ensure the safety of everyone concerned, strict protocols are followed in the handling and disposal of waste coming from the home with a COVID-positive member, elaborates Nancy.

“The entire waste is kept aside as ‘reject waste’, and is not mixed with the waste coming from the other homes and thereby prevented from being carried over to the other steps in the waste-management work-flow, be it composting of wet waste or recycling of dry waste. This waste is handed over to an external vendor, who follows the necessary procedures in its safe disposal.”

Nancy infers that by letting the house-keeping staff know that with the right precautions, this can be tackled, and also by being there with them, and going where they are being asked to go, they are being enabled to place trust in the systems and the people running them.

In a gated community, residents would be keenly aware of living in the midst of neighbourliness. By virtue of sharing the same gates and some of the spaces behind it, there is a tacit expectation that everyone should maintain good neighbourliness. In the case of community leadership groups, the expectation would be pegged several notches higher.

“The secretary of the Union of Towers Association has a record of private and government hospitals in the vicinity where those with COVID-19 who require hospitalisation can receive treatment. He also has a rate chart of the private hospitals to help them arrive at a decision about where to seek treatment. The family is likely to be too flustered to figure these things out on their own, and hence the assistance,” explains Raghavan Murti, president, Union of Towers Association at House of Hiranandani Upscale.

Capt. M.S. Krishnakumar, secretary, Union of Towers Association, elaborates on the scope of this support system.

“A family faced with the challenge of this nature can take certain ill-advised decisions due to lack of information. Besides, there are things they can’t handle by themselves given their anxiety levels,” begins Capt. Krishnakumar.

“First, following the test returning positive, people may get panicky and want to get admitted to a hospital straightaway. That is where the medical volunteering team with its doctors prove invaluable with their assessment and counselling support. The resident and the family are counselled and told that if they are asymptomatic, or the symptoms are mild and they don’t have any co-morbidities, they could home-quarantine themselves,” says Capt. Krishnakumar.

There is no telling when panic may strike, and the resident-volunteers have to face it at any hour of the day or night, he says, and illustrates it with an example: “One resident who had COVID-19 pushed the panic button in the middle of the night, and we had to talk to him and quell his anxiety at that hour. There has been only seven cases, across the ten towers, and except for one, all could do with just home-quarantining. The one who went to the hospital has been discharged. And except for one, the other six have finished their home quarantine and have been tested negative.”

On one another aspect of the support system, Capt. Krishnakumar says, “If the doctor that they have consulted has advised home-quarantining, a certificate to this effect has to be obtained from the doctor concerned and presented to the health department. We ensure that the certificate reaches the department.”

When someone has tested positive, the rest of the community would need reassurance that sufficient measures are being taken to see them protected.

Raghavan Murti says, “SOPs have been communicated to tower leaders, committees and the volunteering teams. There is a readiness plan that is for all residents, and it addresses questions of precaution as well as response. When a resident goes for a test, they are asked to inform any of the executive managing committee members of the result. When it comes to light that someone in a family has tested positive, we inform the Muttukadu panchayat, the Kelambakkam police, and the Health Department office in Padur. A representative of the Muttukadu panchayat comes and puts the sticker, and talk to the family about what they have to do and shouldn’t; and fumigation is done by the Health Department workers; and contact tracing is done by the Kelambakkam police. Immediately after learning that someone has tested positive, the sanitisation and cleanliness group swings into action. They quickly organise a vendor who would carry out thorough disinfection and fumigation of the entire floor in the tower. Extra attention is paid to the common areas frequented by this resident with COVID-19.”

He continues, “The entire floor with its four houses will be the containment area, and there will be enough barricades to announce this fact. The lift to this floor will be deactivated, and it would go straight to the next floor, or stop at the one below. So, whenever essential supplies have to be reached to residents on this floor, the designated support staff wearing PPE suit will go to the floor above, or the one below, take the stairs along with the supplies and place it outside the door. The entire tower will be under quarantine, and these residents can’t go to the other towers. Residents of the other towers are brought up to speed about the development.” When these procedures are followed faithfully, the entire community is reassured about the safety question, concludes Raghavan.

Another crucial part of the intervention is having the essential needs of the residents on the quarantined floor met. Raghavan Murti explains, “There is a special volunteering group that attends to the needs of the households on the quarantined floor. They are part of a WhatsApp group, and the families of the four flats on the floor are added to this group. When the supplies of any of the four families has arrived, they are informed before the support staff wearing a PPE suit carries it to their doorstep, and leaves it there. This volunteering group serves as the link to the outside world.”