Home Cities Mumbai A throwback to the Golden ’60s 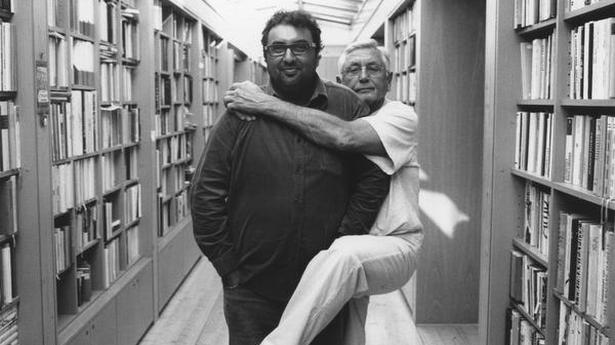 In 1960s Czechoslovakia, after more than a decade of the nationalisation of the film industry, emerged a breed of filmmakers who resisted against the political establishment in their movies, while ironically being funded by the State. This Czechoslovakian New Wave, a movement of creative rebellion in cinema, permeated the country’s cinema till the fall of Communism in November 1989.

The Golden ’60s, as it was called, saw the emergence of some critical filmmakers like Jiří Menzel, Miloš Forman, Ivan Passer, Jaromil Jireš, Pavel Juráček, Ewald Schorm, Jan Němec and Věra Chytilová, whose works were not just popular among the masses but also formed the cornerstone of the movement in film history.

In 2010, filmmaker Shivendra Singh Dungarpur met Menzel at a café in Prague, to fulfil his desire to interview the filmmaker after watching his debut film, Closely Watched Trains (1966), an integral product of the New Wave. The purpose was simply to understand Menzel’s works, which fascinated Dungarpur as a film student. But the encounter gave birth to Czechmate – In Search of Jiří Menzel, a documentary chronicling the evolution of the New Wave movement and Menzel’s pivotal contribution to it. “I had no idea that the meeting would result in a film and certainly not [one] that would take eight years to make, be seven hours long and be about so much more than Menzel,” recalls Dungarpur.

Dungarpur’s documentary explores the artistry of the Czech New Wave as well as delves into the socio-political background, covering a period of over four decades. “As I heard the stories of avant-garde filmmakers who had to work in factories, or as sweepers, whose films were banned for years or who had no choice but to make films on dam-building and housing, some who even died from depression, having to deal with the heavy hand of the censors and an oppressive regime, but yet managed to make remarkable films… it really made me think,” he reminisces.

What intrigued Dungarpur was the parallels between India and Czechoslovakia, in terms of censorship and using cinema for political resistance. “In India, in the fight against censorship, it’s every filmmaker for himself. I don’t see the industry standing together against the government,” he observes. “I also found parallels between the Film and Television Institute of India (FTII) and the Film and TV School of Academy of Performing Arts in Prague (FAMU), both state-funded film schools that gave birth to the New Wave movements in their countries — the only difference being that the Czechoslovakian filmmakers took on the regime through their films.”

As Dungarpur investigated the movement further, he decided to broaden his ambit and establish connections with other New Wave movements around the world. The 85 film personalities he interviewed, included filmmakers like Andrzej Wajda in Warsaw, Raoul Coutard in Bayonne, István Szabó in Budapest, Ken Loach in London and Emir Kusturica in a village in Bosnia. “The documentary discovers a generation of filmmakers who fell off the map,” says Dungarpur.

In the process, lasting almost a decade, Dungarpur formed a friendship with Menzel. “Being a part of his life, I saw him become a father at the age of 77 and was privileged to be at his side travelling on the train to Loděnice station to celebrate 50 years of Closely Watched Trains,” he shares.

While he managed to feature most names on his wishlist, legendary Czech filmmaker Otakar Vávra, who had turned 100 in 2011, passed away before he could be interviewed for the documentary. “The other person I really tried my best to get an interview with, and failed, was Kennith Rosario Milan Kundera,” informs Dungarpur. “He taught these filmmakers at FAMU and had a huge influence on them.”

With a surfeit of material collected over years of interviews, archival footage and film clips, editing the documentary proved to be challenging, especially as the film was primarily in Czech. With the first cut of 15 hours, Czechmate took nearly three years to be brought down to its final runtime of 446 minutes.

“I was very clear I did not want a linear structure and if you see the film, you will see how everything is interlinked and it was interesting to go back and forth between different periods,” he points out.

The documentary is the longest Indian feature film to be cleared by the Central Board of Film Certification. The length of the film made it difficult for the makers to find distribution and even slots at screenings and festival programming. “The film was screened at II Cinema Ritrovato Festival in Bologna, Mumbai Film Festival and the Kolkata Film Festival and had screenings at UCLA, in London, Prague and Bratislava, but festivals have found blocking a seven-hour slot for the film a challenge.” The film has now been released by Second Run on Blu-Ray. “The special features on CzechMate include two of Menzel’s rare early short films and a 24-page booklet with extracts of my shooting diaries from 2010 to 2016,” he informs.