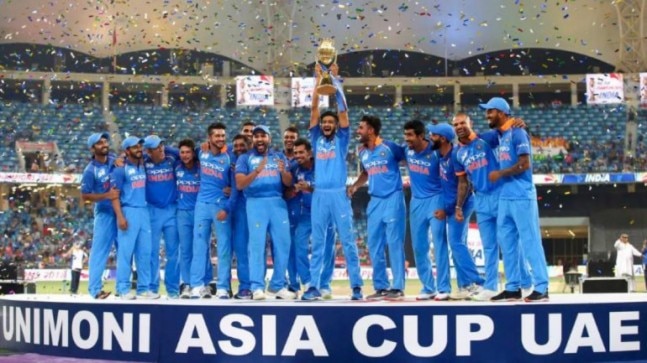 The Asian Cricket Council (ACC) held a meeting over video conference on Monday and discussed the future of the Asia Cup, which is slated to be held in September this year.

The fate of the Asia Cup 2020 tournament hangs in balance due to the current crisis caused by the novel coronavirus pandemic. The Asia Cup was scheduled to be held in September in the lead up to the T20 World Cup in Australia later this year.

The Asian Cricket Council (ACC) held a meeting with member boards via video conference on Monday to discuss about possible venues for the tournament and whether it can be played as per schedule or not.

But the ACC released a statement saying a final decision on the fate of the tournament will be taken in “due course”.

“The Executive Board of the Asian Cricket Council (ACC) met via a video conference today (Monday, 08 June 2020). High on the agenda were matters relating to the scheduled events of the ACC.

“In particular, the Board emphasised on the importance of holding the Asia Cup 2020. In light of the impact and consequences of the COVID-19 pandemic, possible venue options for the Asia Cup 2020 were discussed and it was decided to take the final decision in due course.

“The Board was also apprised of the status and progress of the ACC’s involvement with the Asian Games 2022 in Hangzhou, China.

“The Board noted with satisfaction the ongoing activities and initiatives of the ACC. The meeting was chaired by the ACC President Mr. Nazmul Hassan.

“Attending for the first time were Mr. Sourav Ganguly, President of the Board of Control for Cricket in India (BCCI) and Mr. Jay Shah, Hon. Secretary of BCCI,” ACC said.

The Executive Board of the ACC met via video conference today, where matters relating to scheduled ACC events were discussed. pic.twitter.com/9CpVcyloqz

Pakistan have the hosting rights for the continental tournament, which was scheduled to be played in T20 format this year, but the BCCI has made it clear that it will send the Indian team only if the competition takes place at a neutral venue.

The last edition of the Asia Cup was held in the United Arab Emirates in 2018 which Team India, led by Rohit Sharma, won after beating Bangladesh in the final in Dubai.

Osaka, Rapinoe, Mahomes among athletes on ‘Time 100’ list | Off the field News – Times of India