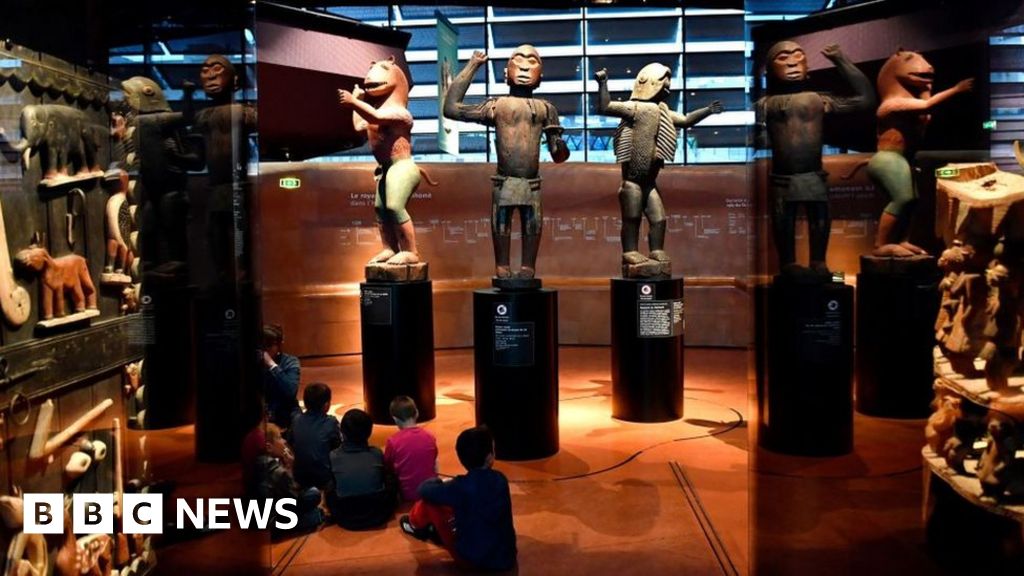 A Congolese activist and four others have gone on trial in France accused of trying to steal an African artefact from a museum.

Emery Mwazulu Diyabanza grabbed the 19th Century funeral staff from Chad at the Quai Branly museum in Paris in June.

He said on social media he had come to claim Africa’s stolen property.

There has been increasing debate whether artefacts taken during colonial times should be returned.

The five people who went on trial on Tuesday are accused of attempted theft of a registered artwork.

Mr Diyabanza is reported to have carried out similar actions at museums in Marseille and Berg en Dal in the Netherlands.

After his arrest in June, Mr Diyabanza, 41, sued the French state accusing it of “theft and receiving state goods”.

He has criticised the French government’s speed in returning artefacts to African nations.

President Emmanuel Macron vowed to look at the return of some African cultural treasures following his election win in 2017.

A 2018 report commissioned by Mr Macron said there were about 90,000 African works in French museums but said not all were pillaged or stolen.

So far, a ceremonial sword has been sent back to Senegal and the government has promised to return 26 works to Benin, news agency AFP reports.

Mr Diyabanza said: “Macron recognises the looting but it is he who decides the quantity of works returned and whether there should be transfer of ownership to us.”

A verdict on the trial is expected next month.