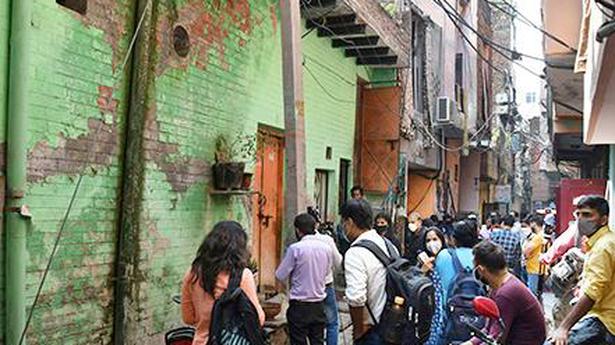 Delhi Police personnel allegedly damaged the SIM card of the 21-year-old woman who has accused the police of inaction in the October 7 murder case of Rahul Rajput in Adarsh Nagar.

The woman, who has become a witness in the case, made a video call from her phone on Sunday and alleged police inaction when she approached them after Rahul was attacked by her brother and cousins.

The second-year student at Delhi University’s School of Open Learning was allegedly beaten to death by the woman’s relatives.

On Sunday afternoon, the woman had called up a police personnel related to the case and requested that she be allowed to meet Rahul’s parents otherwise she would go to the media for help.

Around 8 p.m., three police personnel, including a woman in civvies, reached the shelter home where the woman is staying.

“On pretext of getting some details in the case, they took my phone. Two other policemen engaged me in some paperwork and the woman somehow damaged my SIM card. When I found there was no network in my phone and confronted the police personnel, they left the shelter home,” said the woman on a video call to a friend.

She alleged that the policemen asked her to write on paper that she is getting full support from the police.

She allegedly followed their instructions in the hope that she would get help in the investigation of the case.

The police personnel left after allegedly promising her a new SIM card, but she has allegedly not received anything yet. She managed a call up a friend with the help of the shelter home’s warden.

DCP (North West) Vijayanta Arya has denied the allegations made by the woman about the conduct of the police personnel.

Rahul and the woman are said to have known each other for three months. The woman’s brother was against their relationship as they belonged to different faiths.

Meanwhile, AAP chief spokesperson Saurabh Bharadwaj on Monday said that the party would launch a protest if action is not taken against police personnel for allegedly not saving Rahul. The party added that the police destroyed the woman’s SIM card so that they and the BJP would not be “exposed”.

The AAP leader added that the BJP was trying to give a communal colour to the incident.