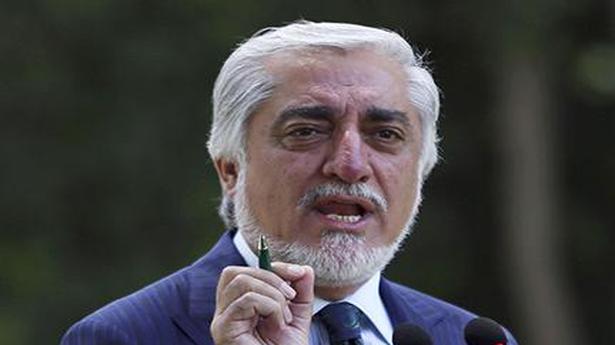 Abdullah Abdullah is in Pakistan on a bridge-building mission meant to mend deep-rooted mistrust between the two countries.

The chief of Afghanistan’s peace negotiating team said on Tuesday on a visit to Pakistan that the time has come for the two neighbouring countries to shun the suspicion, stale rhetoric and tired conspiracy theories that have dogged past relations.

Abdullah Abdullah is in Pakistan on a bridge-building mission meant to mend deep-rooted mistrust between the two countries. It was his first visit in 12 years.

Mr. Abdullah told the Institute of Strategic Studies in the federal capital of Islamabad that the two neighbours are on the threshold of a new relationship characterised by mutual respect, sincere cooperation and shared prosperity.

I am a firm believer that after many troubling years, we now need to go beyond the usual stale rhetoric and shadowy conspiracy theories that have held us back, Mr. Abdullah said. We cannot afford to pursue business as usual. We need fresh approaches and our people demand it. It is more urgent than ever to look to our region as one region.

His statements come ahead of meetings later Tuesday with Pakistan’s powerful army chief and prime minister. His visit also comes at a crucial time in Afghanistan’s troubled history as a government-appointed negotiation team is in the Gulf state of Qatar brokering an end to war with its Taliban foes.

Also read | The Doha-Kabul journey as a road to nowhere

Even before coming to power in 2018, Pakistan’s Prime Minister Imran Khan has advocated for a political end to Afghanistan’s war and has been a strong critic of Washington’s so-called war on terror saying it has left tens of thousands of Pakistanis and Afghans dead.

But many in Afghanistan have been critical of the support the Taliban received in Pakistan following the collapse of their rule in 2001 with the U.S.-led invasion of Afghanistan. Pakistan argues its relationship with the Taliban was what gave it leverage to press the religious militia into negotiations.

Still, Afghans are deeply suspicious of Pakistan and government officials fear Pakistan’s continued involvement in their country as a means to counter its hostile neighbour India’s influence in Afghanistan. Pakistan and India have gone to war three times and both Pakistan and India accuse each other of using Afghan territory to undermine stability in the region.

Pakistan has come under international criticism for its support for some militant groups and opposition to others. While Pakistan’s military and politicians say that policy has been relegated to the past, Islamabad’s neighbours remain suspicious.

We do not want a terrorist footprint in our country or to allow any entity to pose a threat to any other nation, Mr. Abdullah said on Tuesday.

“The current intra-Afghan talks offer the best hope to put the war behind and using patience, dialogue and compromise to agree to unite the country. Mr. Abdullah and the United States, which brokered the peace deal with the Taliban to start negotiations with the government, have been pressing for talks to be accompanied by a reduction in violence.

The Taliban have refused. We call on all sides to agree to seriously reduce violence and protect civilians from further harm as we aim for a comprehensive and permanent ceasefire, Mr. Abdullah said.

Still the violence continues and on Tuesday in Afghanistan’s central Day Kundi province a roadside bomb killed at least 14 civilians, including five children, as they travelled from one district to another, said Afghan Interior Ministry spokesman Tariq Arian.

Peace is not only an Islamic tenet and duty, but it is also that unique historical opportunity that should not be squandered, said Mr. Abdullah. Now that the ice has been broken, we all have a role and a responsibility to help it move toward fruition and prevent a relapse.

Philippine President says he can be held responsible for drug killings

Watch | The return of the rare pink dolphin