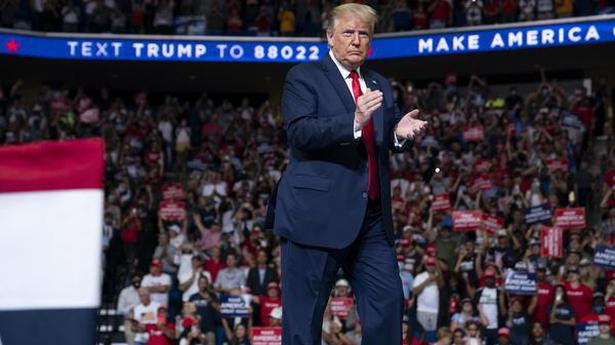 Regrouping after a humbling weekend rally, President Donald Trump faces another test of his ability to draw a crowd during a pandemic Tuesday as he visits Arizona and tries to remind voters of one of his key 2016 campaign promises.

Mr. Trump’s weekend rally in Tulsa, Oklahoma, was meant to be a sign of the nation’s reopening and a show of political force but instead generated thousands of empty seats and questions about the President’s campaign leadership and his case for another term. The low turnout has sharpened the focus on Mr. Trump’s visit to Arizona, which doubles as both a 2020 battleground state and a surging coronavirus hot spot.

First, the President will travel to Yuma to mark the construction of more than 322 km of wall along the U.S.-Mexico border, an issue that he built his campaign on four years ago. Later, he will address a group of young Republicans.

Throughout the trip, the COVID-19 pandemic will shadow Mr. Trump. The Democratic Mayor of Phoenix raised safety concerns.

“Everyone attending tomorrow’s event, particularly any elected official, should set an example to residents by wearing a mask,” said Mayor Kate Gallego. “This includes the President.”