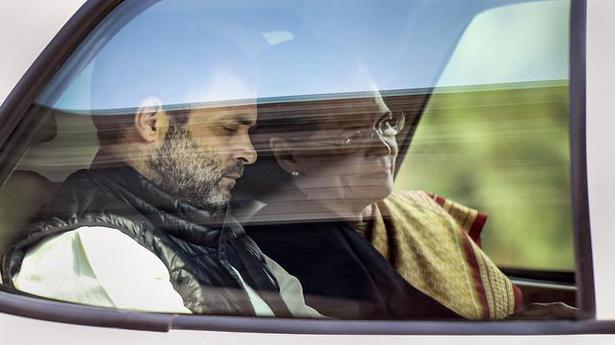 A group of Congress leaders had written a letter to interim chief Sonia Gandhi questioning the party’s style of functioning and suggested sweeping reforms.


At the Congress Working Committee meet, senior leader Ahmed Patel urged former party chief Rahul Gandhi to take over as Congress President. He was unanimously backed by other members of the CWC.

The CWC met virtually on Monday to discuss the leadership issue after its interim chief Sonia Gandhi offered to step down and asked the party to find a permanent head.

A letter from a group of senior leaders written about two weeks ago, questioned the Congress party’s style of functioning and suggested sweeping reforms. The letter was leaked to a prominent newspaper after the party announced the dates for the CWC meeting as Mr. Surjewala had earlier denied the existence of it.

At least three leaders, Ghulam Nabi Azad, Anand Sharma and Mukul Wasnik, who signed the letter to Ms. Gandhi are members of the CWC.

Mr. Gandhi questioned the timing of the letter by dissenters questioning the party leadership even as president Sonia Gandhi has expressed her desire to step down, a source informed The Hindu.

Also read: Should the Gandhis disengage from the Congress?

Mr. Gandhi asked why has this letter been written now when the Congress party is fighting in Rajasthan and Madhya Pradesh.

The meeting is continuing and so far, the signatories to the letter are yet to speak, said a source familiar with the proceedings. There has been no official update on any of its social media platform.

The meeting got underway with party general secretary K.C. Venugopal informing the CWC about Ms Gandhi’s request to find a new party chief. Mr. Venugopal then went on to question the timing of letter leak ahead of the CWC.

Former Prime Minister Manmohan Singh asked Ms. Gandhi to continue as the party chief. Echoing Dr Singh, A.K. Antony also questioned the timing of the letter and wondered “how can our leaders write such a letter that weakens the High Command and the party.”

Unlike other virtual CWC meetings, the Congress has taken extra precaution and changed from Zoom to WebEx application as this application has more restrictive features to record the proceedings.