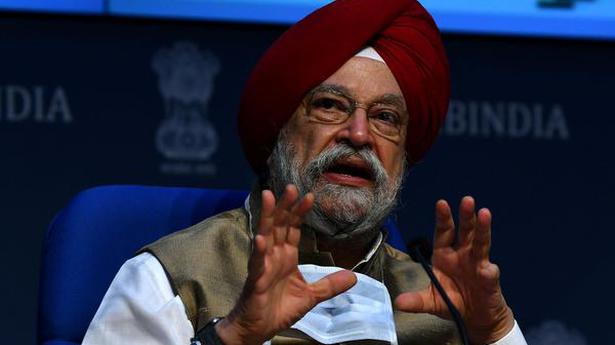 The Air India Express plane that crashed on Friday night was a B737, which is a narrow body aircraft.


The Kozhikode airport is equipped with runway end safety area as per the guidelines of the International Civil Aviation Organization (ICAO), said Civil Aviation Minister Hardeep Singh Puri on Monday, while questioning various tweets by Congress MPs on the plane crash in which many were killed.

“There was some excited tweeting by few members of Congress Party without fully being aware of the facts,” said the Minister.

“MP @RavneetBittu did not know the difference between a narrow body aircraft & a wide bodied one yet he tweeted as an expert on the subject! He did well by deleting his tweet,” he said in a tweet.

Also read: What is a ‘tabletop airport’ and how many are there in India?

The Ludhiana MP of Congress, Ravneet Singh Bittu, had alleged on Twitter on August 8 that “despite several red flags and 2015 ban on wide-body aircraft’s landing at Kozhikode airport, Hardeep Singh Puri removed the ban in July 2019 leading to such a fatal crash and loss of lives”.

The Air India Express plane that crashed on Friday night was a B737, which is a narrow body aircraft.

Mr. Puri said in another tweet, “I am glad that my friend @ShashiTharoor has checked the facts & changed his tune yesterday. But MP @manickamtagore stands out with his astounding lack of awareness. For starters, he wanted me to go to Kozhikode when I was already on my way!”

The Union Minister further said, “Such was his (Tagore’s) desire for media attention that he did not study the basic facts before turning into an aviation security & protocol expert. Visits of Ministers should be timed in a way that they do not hamper relief & rescue operations by professional agencies.”

On the subject of the safety of tabletop runways such as that at the Kozhikode airport where the mishap took place, he said, “Kozhikode airport is equipped with Runway End Safety Area (RESA) as per @icao Guidelines on safety.”

Air India Express flight from Dubai with 190 people, including a six-member crew, overshot the tabletop runway during landing at the Kozhikode airport in heavy rain on Friday night, fell into a valley 35 feet below and broke into two, killing 18 people, including the pilots.

George Pell: Cardinal to return to Rome for first time since...