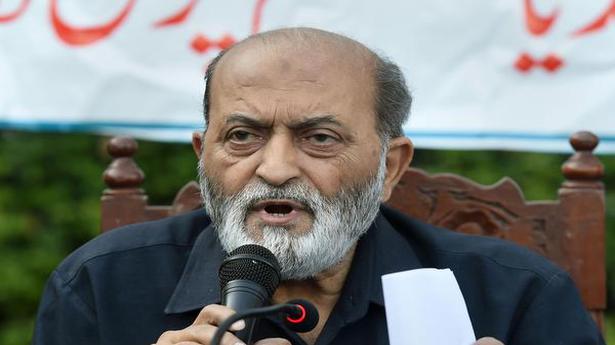 The All India Muslim Personal Law Board (AIMPLB) will work towards building public opinion against a uniform civil code, saying in a country like India with different cultures and civilisations such a move “will not be justified“.

A decision to this effect was taken in the executive meeting of the board held virtually a few days ago.

AIMPLB member Zafaryab Jilani told PTI on Saturday that “important decisions pertaining to common civil code and the Babri mosque demolition case” were taken in the meeting on October 11 and October 13.

“The board members are of the view that in the agenda of the ruling BJP, now only common civil code is left, and they will proceed in this direction,” he said.

Mr. Jilani said that the board will establish contact with different sections of the society, which could be affected in case the common civil code is implemented, and try to build a consensus and public opinion against it.

“India is a country of different cultures and civilisations, hence implementing this code will not be justified,” he said.

The AIMPLB member also said the board will challenge the special CBI court judgement in the Babri mosque demolition.

“Representatives of the board will appeal against the judgement in the High Court,” he said.

The special court acquitted all 32 accused including BJP veterans L K Advani, M M Joshi and Uma Bharti of involvement in the destruction of Babri Masjid 28 years ago.

In a 2,300-page judgment, the CBI court said there was no conclusive evidence against the accused of being part of any conspiracy to bring down the disputed structure in Ayodhya.

It said vandals were responsible for demolition. Such kar sevaks, who were unruly and rowdy, can never be called Ram bhakts (disciples of the Lord) because their actions adversely affected the secular fabric of the nation, the judge added.

The 16th century mosque was demolished on December 6, 1992 by kar sevaks who believed that it occupied the site where Lord Ram was born, the destruction triggering riots that left hundreds dead in the country and widening rifts between the communities.