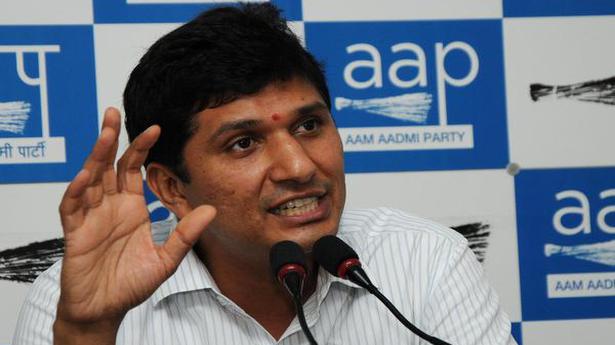 BJP leaders made ‘communal remarks in Delhi and created hatred for one community in another community’, says party’s chief spokesperson Saurabh Bharadwaj

The Aam Aadmi Party (AAP) on Tuesday alleged that Union Home Minister Amit Shah and other BJP leaders were behind the riots that happened in northeast Delhi earlier this year.

“Each person who understands Delhi will say that the Manthara and Shakuni of Delhi riots were those BJP leaders who made poisonous statements — Anurag Thakur, Parvesh Sahib Singh, Giriraj Singh, Yogi Adityanath, Amit Shah, Kapil Mishra. All these people made communal remarks in Delhi and created hatred for one community in another community,” AAP chief spokesperson Saurabh Bharadwaj said while addressing a press conference.

He said that now when the main people of the Shaheen Bagh protest have joined the BJP, it was clear that the party was instigating the Hindus on one side and the Muslims on the other side.

He said that BJP leaders, following a script, made Delhi’s atmosphere “poisonous” to the extent that there could be a riot between two communities any time.