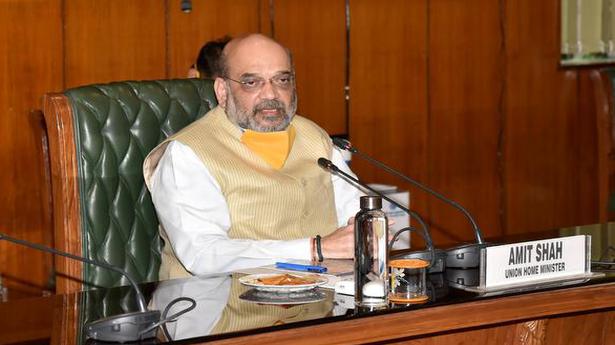 
Union Home Minister Amit Shah has been admitted to All India Institute of Medical Sciences (AIIMS), Delhi on Tuesday. He was brought to the hospital about 2 a.m.

A statement released by the AIIMS noted that Mr. Shah has been admitted for post COVID care since he has been complaining of fatigue and body ache for the past 2-3 days.

“He is currently under observation and is admitted in the private ward of the Institute,” confirmed a source. Minister is learnt to have been under the observation of a team of doctors headed by AIIMS Director Randeep Guleria.

On August 2, Mr. Shah was admitted to Medanta Hospital, Gurugram, after testing positive to the pandemic. Four days ago, he tweeted: “Today my Corona test report has come negative. I thank God and extend my gratitude to all those who wished me well and lent strength to me and my family in these tough times. On the advise of doctors I will stay in home isolation for few days.”