Home Cities Hyderabad Ammonium nitrate from Chennai ferried to Hyderabad after firm buys them in... 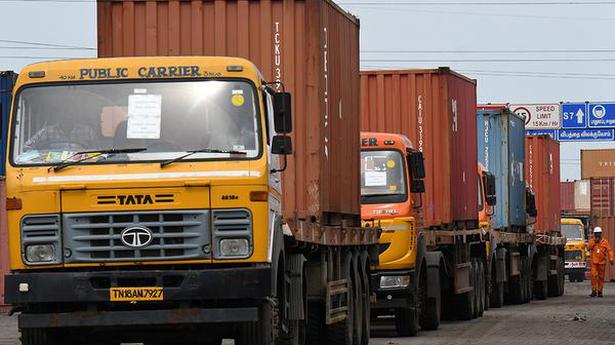 A private firm in Hyderabad into manufacturing of explosives has started the process of transporting in lots around 700 tonnes of the ammonium nitrate from near Chennai that it had purchased in an an e-auction by the Customs Department.

“It is one of the key raw materials for manufacturing of explosives and we regularly handle (such material),” Shyam Sunder Reddy, managing director of Salvo Explosives & Chemicals told The Hindu on Sunday.

Citing panic that will be “unnecessarily created”, he refused to mention the location of the godown in Hyderabad where the consignment will be delivered. Noting that the company was in the business of explosives for around two decades now, he said “not only ours, there are 20-30 such godowns in and around Hyderabad (of other companies as well).”

The spotlight turned on ammonium nitrate following last week’s devastating explosion involving over 2,000 tonnes of the chemical stored in a warehouse in Beirut, Lebanon in which hundreds of people were killed and several thousands injured.

Mr. Reddy said the company’s godowns have been approved by the Explosives Department. “They have given licence to store ammonium nitrate and we will be storing it in only those godowns (the consignment coming from Chennai).” The company, he added, purchases around 1500-2000 tonnes of the material every month.

Following the Beirut incident, the Customs Department had fast-tracked the auction of the material that apparently was seized a few years and stored in a container freight station located on the outskirts of Chennai.

According to Mr. Reddy, Salvo had submitted its bid before the lockdown for COVID-19 and agreed to lift the product at the same price, though the international prices had subsequently crashed, after the authorities requested citing national security.

On whether it had to apply for special permission from the authorities in Telangana, he said since the company has the licence for dealing in the material it was not required. “But we have intimated the Explosives Department (PESO) that we have purchased this much quantity and are the lifting the same from Chennai.”

It is first time the company has purchased in auction, he said, adding usually its sources the product through the Visakhapatnam port.