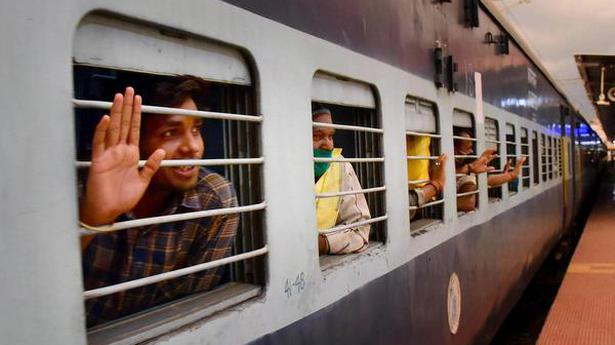 As beginnings go, this one was pretty small. Besides, it did not come with any plan, let alone a structured one, to grow it big.

Rahul George has watched “Loving The Migrant Worker”, an online-offline volunteering initiative to help migrant workers, grow from an off-the-cuff suggestion in a WhatsApp group to being a 50-cities outreach, and the rapidity of its growth is still a matter of wonderment to him.

Rahul, a Bengaluru-based entrepreneur, recalls that a dedicated WhatsApp group was formed, and in no time, with an inexplicable multiplier effect kicking in, multiple WhatsApp groups had to be formed to accommodate volunteers from various parts of the country.

“The ‘Loving The Migrant Worker’ network evolved because like-minded people decided that if each one gave the little time, effort and shared experience we could make a difference within our community. It quickly grew to include members from almost every state. Each person with one focus to #HelpMigrants give them food to eat, transport if they want to go home and dry provisions to sustain them if they chose to remain, and medical care,” says Pranitha Timothy, senior consultant, Justice and Hope, and a key member of ‘Loving The Migrant Worker’ network.

Through WhatsApp posts, information about migrant workers in need is shared, and volunteers in the same coordinates reach and provide them with essentials. Only that this information sharing often cuts across State borders.

Harnessing the inter-state reach, the group is also able to provide food to migrant workers travelling back home by government-run special trains or by buses, reaching them at halting points.

Rahul gives an example: “I remember a member post that a group of 120 migrant workers from Hosur were on their way to Odisha, travelling by a bus that had been arranged for them. The member informed that the migrants would reach Vijayawada by 2 p.m, hoping that someone would be able to provide the 120 with food. It seemed like an unrealistic wish, the bus had been on the road for a long time, and this message had been shared around 12.30 p.m that day, just one and half hours before the scheduled stop. I was dazed with disbelief that that the one-and-a-half time frame was sufficient for the volunteers there to organise snacks for the travellers. Not only that, someone had made a quick calculation that the bus would reach Tuni, a town in Andhra Pradesh around 8 p.m. and made arrangements to serve the group dinner.”

Rahul points out that there is separate WhatsApp group for every city, and some members would be present in all the groups to be able to coordinate the relief work.

Rahul says, “The Chennai group is extremely good in its relief work, with its efficiency largely deriving from the fact that they had seen a cataclysmic flood in 2015, and so the volunteering network was already in place.”

“We have found people cycling, walking on the tracks and highways through the night, enrolled them into camps and worked with the government system to send them home with food and snacks for the journey,” says Pranitha.

Volunteers also get to highways based on leads that groups of migrants are walking or cycling down the road. They request the migrant workers to give up the trip and take the volunteers’ help in checking into a relief camp. Irrespective of the migrants’ response, they are given packed food packets and drinking water bottles. The volunteer alerts others along the way, sometimes across State borders, to the arrival of these migrants, so that they are ready with timely advice, guidance, and also packets of food and water.

Jonathan Gurubabu, a volunteer with the Chennai group of ‘Loving The Migrant Worker’, recalls how a group of four migrant workers from Tirunelveli were heading towards Odisha, and at Ambattur, where his path crossed theirs, he tried in vain to persuade them to end their journey and enter a relief camp.

Jonathan relates they would have none of it, and one of the four had an ailing mother and he was rushing to be by her side, and did not see waiting for a train as an option for him. So, Jonathan did what he could do under the circumstances, give the food packets and water bottles, and he coordinated with a volunteer with the network in Andhra Pradesh, to try and effect an intervention at that point.