Home Business Are your teams built to thrive in this crisis? 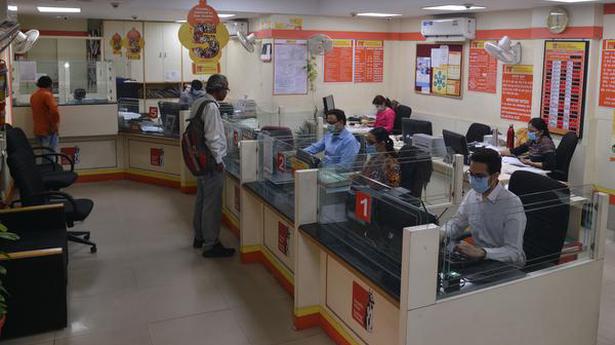 There is a case for adding a new phrase “covidemonstrable systems” to the corporate lexicon. It’s about systems in organisations that have proved equal to the challenge posed by the COVID-19 crisis, and therefore, worth building upon.

Recently, Deloitte India conducted a pandemic-related study, connecting with the C-suite members of 39 companies, a mix of Indian organisations and MNCs (across sectors), to assess their systems-readiness. In an interaction with The Hindu Opportunities, Mohinish Sinha, partner, Deloitte India, elaborated upon the key findings of the study, titled “Delve deeper into changing organisational culture and mindset: Learnings from COVID-19”.

Digital adoption as the main factor of resilience was a leitmotif in the conversations with the C-suite members. The study explored what enabled some organisations to quickly weave a skein of digital-focussed processes around core functions, while others floundered.

“The big finding of the survey is that the culture dimension needed for digital adoption is the same dimension that is needed to thrive in the crisis,” begins Mohinish and goes on to underline an observed correlation between employee-and-customer-centric organisational culture and digital adoption.

Mohinish says companies that have been empowering their teams, even partially, have had a better wicket to bat on. He illustrates how a cross-functional team of eight to nine members, representing state-level operations of a consumer durables company with a pan-India presence, responded with innovation and agility and adopted a digital strategy. Due to pandemic-related restrictions, sales figures had nosedived, and seeking to stem the tide, the team took the issue to the state-level leadership. By admitting that there were no ready-made answers to offer, and that all of them had to put their heads together to find a solution, the leader was displaying generative leadership style.

“They started talking to the junior guys and tried out different ways to collaborate with the local logistics guys and shift their product online. Within a month and a half, this team was able to manage eight times the average sales the other teams in the country could achieve,” says Mohinish, adding that the organisation is now replicating the model across the country, and there has been a huge shift in how they function.

Inferentially, Mohinish says, when there is a bottom-up approach “the net rate of learning in the team is faster than the rate of change. He adds: “In this approach, the leadership empowers the team, creates an enabling environment, and leaves the job to the team.”

The size of cross-functional teams impact their responsiveness, especially in a crisis. Organisations are now rediscovering the truth. Big teams are an obvious no-no, as unwieldiness with its extra layers can adversely affect responsiveness anytime, a disadvantage organisations can hardly live with in a crisis.

Mohinish considers a six to eight member cross-functional team to be ideal, and he settles on eight.

He explains that in an eight-member team, collectively, there are 56 relationships (8 multiplied by 7) to be fostered. From an intra-team collaboration viewpoint, it is a manageable number.

“If a team is too small, the ideas will be fewer than desired, and more homogeneous,” says Mohinish. “If the team if of optimum size, more diverse ideas will come in.”

The pandemic has digital adoption into stark relief, as the traditional points of contact have lost their relevance. Mohinish points out that companies with a high degree of customer-centricity are challenging themselves to adopt greater digital processes to ensure safe shopping experience for customers.

“Three to four weeks from the onset of the crisis, a company that has traditional stores, put out a prototype of an online store, and moved part of the sales online,” he illustrates the point.

“There is certainly a survival element to this decision, but it is also about pushing themselves to a point where they serve the customers better.”

Companies with talent structure resilience are faring better. Mohinish points out these companies that had not looked at head count, but skill-sets.

“They had been adding bots, handing over simple calculation-based work to them,” explains Mohinish, adding that as a result they had sufficient leeway to source the right talent, when necessary, to meet new demands.

Mohinish says that by making the talent structure flexible, these companies had kept salary spends within manageable limits.

Employee wellness: ‘Why they go the extra mile’

According to the Deloitte India study, during the crisis, around 72% of organisations report that employee well-being has been a key focus area. Mohinish points out that the crisis has shown a link between employee happiness index and productivity levels.

Says Mohinish: “Being focussed on employee wellness communicates to the employees they are important. First comes the communication; and then, setting up practices. The current crisis is singular,and in those organisations with these practices where employees feel cared for, there is a pattern of how they go the extra mile. In this crisis, many companies are beginning to focus harder on employee wellness.”