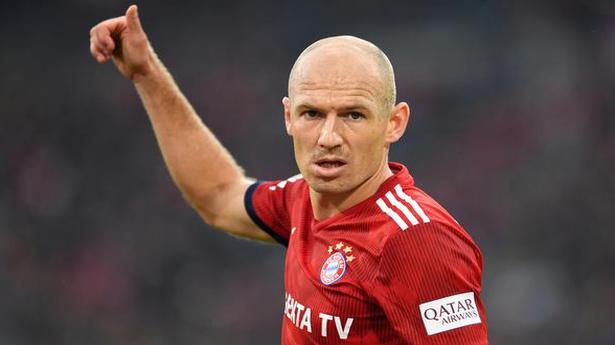 Dutch winger Arjen Robben is preparing to come out of retirement at his formative club Groningen, he announced on Saturday.

After leaving Groningen in 2002, Robben won league titles with PSV Eindhoven, Chelsea and Real Madrid before a hugely successful decade with Bayern Munich.

He retired from Bayern a year ago at the age of 35, having helped the club to eight Bundesliga titles as well as the 2013 Champions League.

The 2010 World Cup finalist said he was fully motivated to return but that he had to get fit first.

“I want to make my comeback at FC Groningen. At this time I’m not sure it will happen,” Robben said in a video on the Groningen website.

“What I am sure of is that my motivation will be at 100 percent. I’m going to go for it and I will be at the first training session for the new season.

“Because my dream is to play in an FC Groningen jersey, we’re not there yet, but you can always dream.

“I was 12 when I joined the Groningen youth academy, and made my debut for them at 16 against PSV,” said Robben, who explained that a banner he saw at Groningen’s stadium had resonated strongly with him.

“’Arjen follow your heart’, it said, so after a wonderful adventure of 18 years, I’m coming home.”

Adani, Tata, GMR among 43 firms to show interest in CSMT...