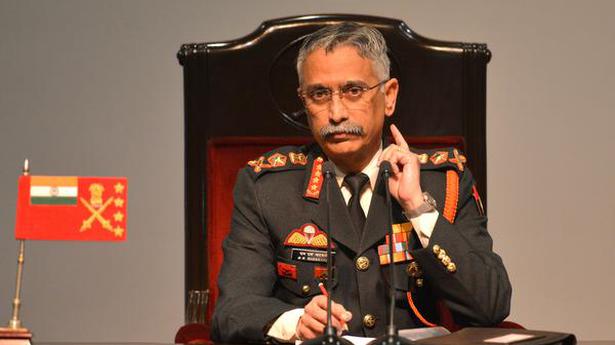 The visit will be keenly watched as it will take place months after Nepal revised its political map and claimed the strategically important region of Kalapani-Lipulekh-Limpiyadhura in the Pithoragarh district of India.

Chief of the Army Staff General Manoj Mukund Naravane will visit Nepal in November, the Nepal Army has announced.

The visit will be keenly watched as it will take place months after Nepal revised its political map and claimed the strategically important region of Kalapani-Lipulekh-Limpiyadhura in the Pithoragarh district of India.

“General Manoj Mukund Naravane, Chief of the Army Staff, Indian Army will visit Nepal in November this year. The visit was approved by the Government of Nepal on 3rd February 2020 but was postponed due to lockdown in both the countries,” a Nepal Army spokesperson said in a statement.

Nepal and Indian armies have maintained fraternal ties and a large number of Gurkha citizens of Nepal are employed in the Indian Army. During the visit, General Naravane is expected to hold talks with his counterpart General Purna Chandra Thapa. President Bidhya Devi Bhandari is scheduled to bestow the title of honorary chief of Nepal Army to General Naravane.

The region of Lipulekh is of strategic importance to India and the Indian military maintains a sizeable presence there. While General Thapa has maintained a studied silence about the Kalapani issue, General Naravane, however, stirred controversy by referring to “third party” presence that probably prompted Nepal to raise the Kalapani issue. The statement that General Naravane made in May hit the headlines and drew a strong response from the political class of Nepal. Subsequently, Nepal Army too began building security installations near the Indian border region in Kalapani.

This controversy was followed by Nepal’s Foreign Minister Pradeep Kumar Gyawali demanding changes in the 1947 U.K.-India-Nepal agreement to review the terms of Gurkha employment in the Indian armed forces. The visit of General Naravane is likely to coincide with the first anniversary of the publication of the revised political map of India. The new political map of India was published in November 2019 which showed the new Union Territories of Jammu and Kashmir and Ladakh. The map also drew protest from Nepal as it showed Indian claims over the Kalapani region.