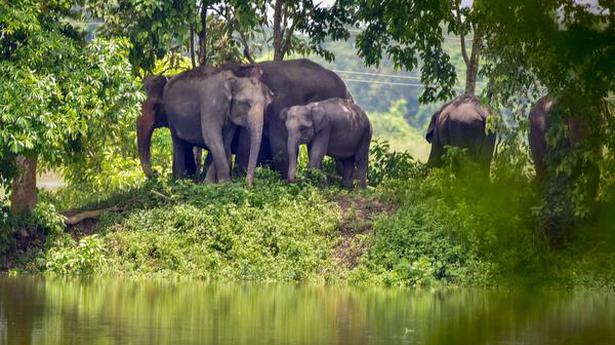 Six people drowned in Assam on Monday as the flood situation continued to deteriorate, affecting more than 21.63 lakh people across 27 of the State’s 33 districts.

Officials of the Assam State Disaster Management Authority (ASDMA) said six people died in as many district as the surging waters inundated 2,763 villages and localities across the State.

One of the main reasons behind the grim situation was the breaching of embankments of river Brahmaputra and its tributaries in at least 40 places.

“Four people drowned or were washed away early morning while two more died during the day. The total number of people killed by two waves of floods since May 22 stands at 50, excluding 26 more who have died in rain-induced landslides,” an ASDMA spokesperson said.

By Monday evening, 60,696 people had taken shelter across 173 relief camps in 16 districts. Rescue personnel had to evacuate more than 19,500 of them.

Almost 90% of Kaziranga National Park has been flooded with the water level rising constantly, officials said.

Make Jammu and Kashmir hub of knowledge, innovation by implementing NEP in letter and spirit: Kovind

AIADMK will split into many factions before elections, says DMK propaganda secretary