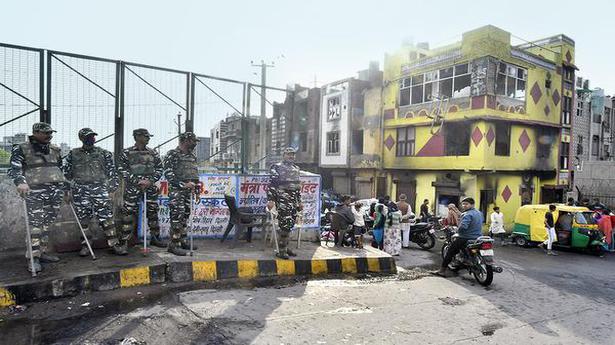 
A Delhi Assembly committee has raised questions on five “identical” FIRs filed against five different people from the minority community in connection with the Delhi riots, which broke out here on February.

The five FIRs, which have consecutive numbers, were filed in Dayalpur police station on a single day in a span of seven hours.

All the FIRs, which read in Hindi, used similar set of words — “a suspect person on seeing the police party, turned around quickly and started walking away” and was “stopped and questioned” and “on searching, from the right pocket of pants he was wearing, a loaded country-made pistolwas seized”.

“All the five FIRs were filed on February 27 at Dayalpur police station and the content of the FIRs are the same. Also, all are under Arms Act. In all the FIRs, a loaded pistol was found from the right pocket,” said chairman of the committee and AAP MLA, Amanatullah Khan.

When contacted, a senior officer said during the riots, there were PCR calls of firing in Dayalpur. He said a policeman was also killed by rioters in Dayalpur area. Next, the police were instructed to recover illegal arms from the riot-affected areas.

“It is a set drill used by the police force while filing FIR in any criminal case. One can check any other cases — similar language and certain common words will be found. Usually, most of the people hold arms on the right side of their waist. We have conducted a fair investigation in all cases related to Delhi riots,” said the officer.

Mr. Khan said: “Rajeev Verma [Principal Secretary Vigilance Department] was present during yesterday’s [Wednesday] meeting and the committee has asked the Home Department to write a letter to the police regarding the matter.”

Mr. Khan also said all 754 FIRs filed in connection with the Delhi riots were not accessible for public.

“The FIRs are not even being shared with the committee and the police said it is a secret. We have asked them to share an order or notification, which says that it is a secret. But they are not giving it also,” Mr. Khan added.