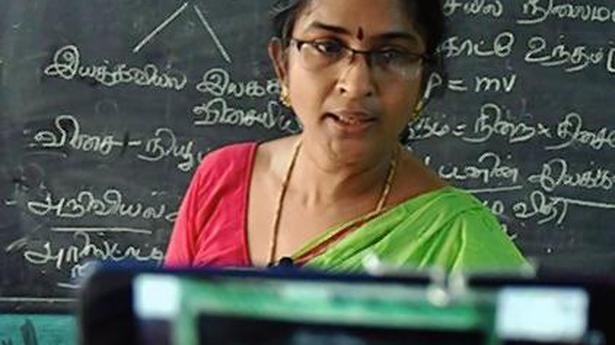 Teachers’ associations from Tamil Nadu have questioned the lack of inclusion of government and government-aided teachers on the expert committee set up by the State government to look into the academic and learning concerns as a result of COVID-19.

A few days ago, four members including representatives from private schools in the State, were added and more time for submission of the report was granted.

The Tamil Nadu Graduate Teachers Federation has said that the expert group failed to include not just government school teachers, but also educationalists and parent representatives.

“Identifying the gaps in learning with regard to underprivileged children from government and government-aided schools should be thoroughly examined by the expert group.. This is possible only if the group has teacher representatives who know the current situation,” said Patric Raymond, TNGTF.

The Tamil Nadu Teachers’ Association too has called for organising consultations with teachers as well as parents and examine their views before preparing the report to be submitted to the government.

“While the committee was recently expanded to add four new members, it is disappointing that there are no representatives from government teachers associations who will provide a comprehensive overview of the challenges that a majority of the students are facing,” said P.K. Ilamaran, president of the Tamil Nadu Teachers Association.

Similar concerns have been raised by the Tamil Nadu Primary School Teachers Federation.

As part of their recommendations sent to the School Education Commissioner, the State Platform for Common School School System, Tamil Nadu, said the committee was not taking an academic approach but a technical or an administrative approach owing to lack of representation from parents or teachers.

“Due to this, we are concerned that the focus might hinge solely on online education. The expert group seems to be working with a blueprint in hand instead of identifying gaps based on the ground realities shared by government school teachers, who should have been a part of the expert group,” said Prince Gajendra Babu, general secretary, SPCSS-TN.