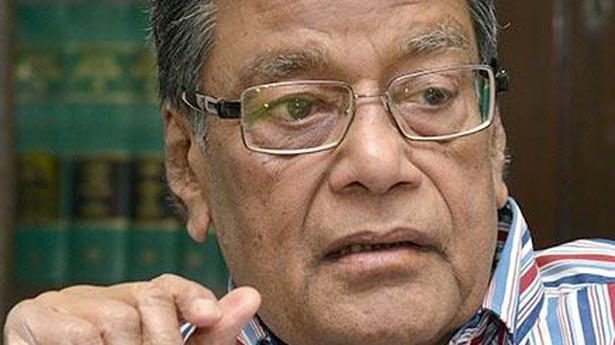 Attorney General K.K. Venugopal is all set to get a one-year extension, government sources said on Friday. Mr. Venugopal’s three-year tenure comes to an end on June 30.

Sources claimed that when the government wrote to Mr. Venugopal on extending his tenure, he agreed to a one-year extension owing to his advanced age.

Mr. Venugopal was appointed the 15th Attorney General of India and continued in the post after the Narendra Modi government won a second term in 2019. He is an authority in constitutional law and was Additional Solicitor General in the Morarji Desai government.

Brahmotsavams begin on a low-key note at Tirumala