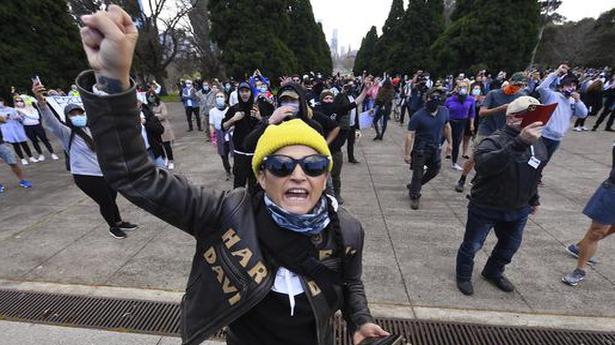 Victoria reported 14 new cases, taking the two-week average up slightly to 9.5, double the target of fewer than five set for easing curbs in its capital of Melbourne in eight days’ time.

Australia recorded no coronavirus deaths for a third straight day on Saturday, but its hotspot city of Melbourne faced a prolonged lockdown as new infections stayed stubbornly above the target for re-opening.

Watch | The immune system’s response to a coronavirus attack

The southeastern state of Victoria reported 14 new cases, taking the two-week average up slightly to 9.5, double the target of fewer than five set for easing curbs in its capital of Melbourne in eight days’ time.

Once the target was met, the state government had said, it would lift all restrictions on leaving home, as well as permitting public gatherings of up to 10 people, some household visits, outdoor dining and the re-opening of all shops.

“I think it is unlikely that we will be able to take as big steps as we would have hoped to take next Sunday,” Mr. Andrews told a televised news conference, but he declined to comment on what curbs might be lifted.

“There’s no shortcuts here, otherwise we will have literally five minutes of sunshine and we’ll be pinballing back and forth in and out of restrictions all summer and all 2021.”