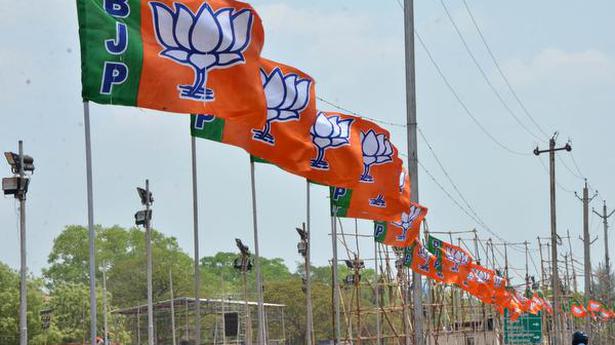 ‘It’s a very important decision and a matter of happiness for us’, says Advani

The BJP and other organisations of the Sangh Parivar welcomed the acquittal of the 32 accused in the Babri Masjid demolition case by a special CBI court in Lucknow on Wednesday, with senior leader and one of the main accused in the case, L.K. Advani, stating that it vindicated “personal and BJP’s belief and commitment towards the Ram Janmabhoomi movement.”

In a video message, he said: “It is a very important decision and a matter of happiness for us. When we heard the news of the court’s order, we welcomed it by chanting Jai Shri Ram”.

Later in a written statement, he said, “The judgement vindicates my personal and the Bharatiya Janata Party’s belief and commitment towards the Ram Janmabhoomi Movement. I also feel blessed that this judgement has come in the footsteps of another landmark verdict of the Supreme Court given in November 2019,which paved the way for my long cherished dream of seeing a grand Shri Ram Mandir at Ayodhya, the foundation laying ceremony of which was held on 5th August, 2020”.

Mr. Advani was visited at his residence by Union Law Minister Ravi Shankar Prasad after the verdict, but Mr. Prasad left soon after without speaking to the press.

Former Union Minister Murli Manohar Joshi, a co-accused to Mr. Advani in the case, expressed satisfaction that the court had ruled that no conspiracy was behind the destruction of the 16th century mosque. “I will say only one thing ‘Jai Jai Shri Ram, Sab ko sanmatti de bhagwan [May Lord, bestow wisdom on all]’,” he said.

Vishwa Hindu Parishad’s (VHP) international working president Alok Kumar said it took 28 years for courts to deliver justice. “This judgment now hopefully draws the final curtains on an issue that had been agitating the Hindu psyche for some 472 years,” he added.

The VHP spearheaded the Ram Janmabhoomi movement for the construction of a grand Ram temple in Ayodhya.

Perhaps the shortest statement was issued by the ideological mother ship of the Sangh Parivar, the RSS via its deputy chief Suresh Bhiyyaji Joshi. “The RSS welcomes the honourable acquittal of all the accused in the case related to the destruction of the disputed structure by the CBI court,” said Mr. Joshi’s statement. He now hoped various sections of society wouldcome together in harmony to steer the nation into progress, it added.

The special CBI court, acquitting all the 32 accused in the 1992 Babri mosque demolition case, said there was no conclusive proof against them.