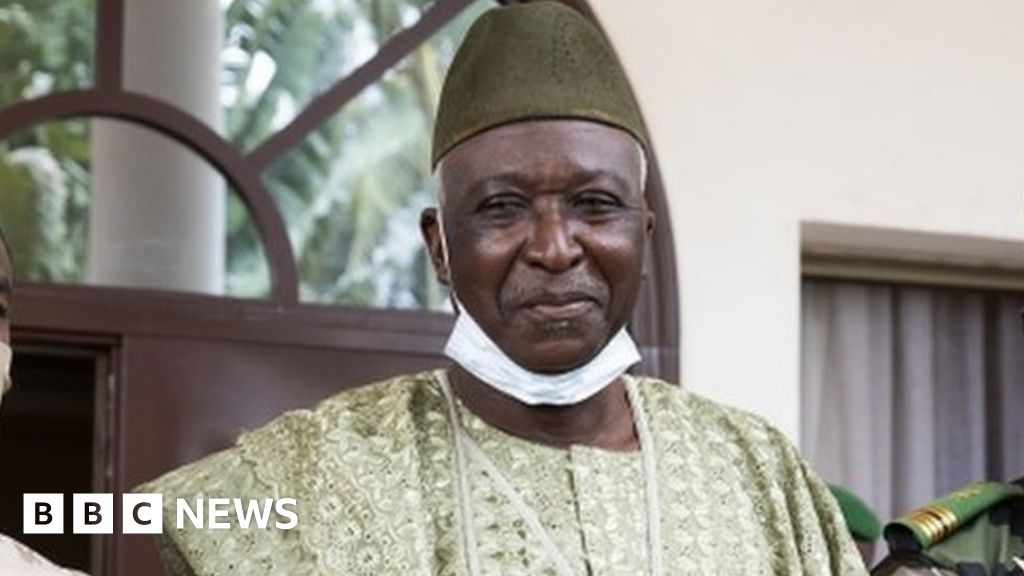 Mali’s new president is to be sworn into office, five weeks after the overthrow of Ibrahim Boubacar Keïta.

Former Defence Minister Bah Ndaw, 70, was picked by the coup leader, Colonel Assimi Goita, to head a transitional government until elections, which are expected in 18 months.

Col Goita will be his vice-president.

The appointment of a civilian president was a condition for the West African regional group, Ecowas, to lift the sanctions it imposed after the coup.

Stocks of goods are running low in the capital, Bamako, where businesses are hoping for an announcement from Ecowas after the inauguration.

Why was there a coup?

President Ibrahim Boubacar Keïta was overthrown on 18 August following mass protests against his rule over corruption, the mismanagement of the economy and a dispute over legislative elections.

Mali is also struggling with intense Islamist violence, with thousands of French, African and UN troops based in the country to tackle the militants.

The coup sparked international condemnation, but it was welcomed by many Malians.

Protests in Naples over possible lockdown