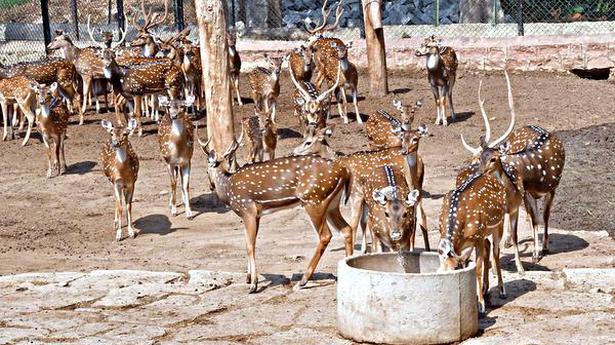 Starting off with only a fraction of its usual footfall, the Bannerghatta Biological Park (BBP), one of the city’s best known and loved destinations, saw a fall in visitor numbers in the second weekend. However, it picked up on Monday, the park’s officials said.

According to information shared by the BBP, compared to the first weekend since opening, when 509 and 624 people visited the park on Saturday and Sunday, respectively, the recent second weekend saw the numbers drop to 440 and 330, respectively.

Incidentally, these are just a small percentage of the actual pre-COVID-19 numbers that the park is used to — around 2,000 during the weekdays and around 5,000 during weekends depending on the season.

Among the reasons being cited that could have impacted these numbers are the increasing number of COVID-19 cases in Bengaluru, monsoon, and Sunday’s solar eclipse. “Areas are being sealed and people do not have the confidence to step out. But on Monday, we had 224 visitors compared to the earlier two Mondays with 103 and 219. So it is too early to draw any conclusion as external factors like weather and eclipse played roles,” said Vanashree Vipin Singh, Executive Director, BBP.

The focus is also not on footfall at present as the park authorities are paying more attention to COVID-related protocols of functioning, she added. “We have brought in a slew of measures, including temperature checks, online booking and social distancing. We have also got an assessment conducted from the Health Department to understand what improvements we can make and are awaiting the report,” she added. With the focus also on zoonotic diseases, the park authorities have started enforcing existing rules more strictly, including not allowing visitors to feed animals.