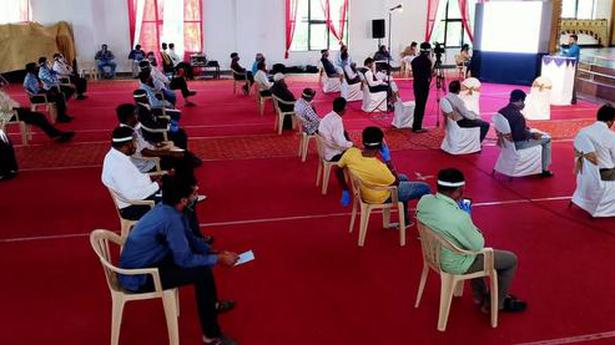 Despite much opposition against its decision to hold the public consultation for the Peripheral Ring Road (PRR) project, the Bangalore Development Authority (BDA) went ahead with the event as scheduled on Tuesday morning.

A consultation was held at Nityotsava convention hall, Doddaballapur Road. COVID-19 protocols such as social distancing were followed.

The decision to hold the public consultation has come under criticism from various quarters, including citizens and environmentalists, for the time and location chosen.

Multiple groups and individuals have flagged off concerns about holding a public consultation for a controversial project like the PRR amidst surging COVID-19 cases. They have also questioned the logic of holding the consultation in a location not easily accessible to all, when government protocols discourage unnecessary travel.

To counter the objections, the BDA, on Monday, announced that another virtual conference will be held on September 3 on the same issue so those who could not make it on Tuesday can participate.

The eight-lane PRR on a stretch of 65.5 km is faced with opposition as it will claim an estimated 33,838 trees. The Environmental Impact Assessment (EIA) on the project states that of the trees identified, 9,304 trees fall under T.G. Halli catchment. Around 631 trees are in Jarakabande reserve forest. The project also needs a diversion of 10.117 hectares of forestland.