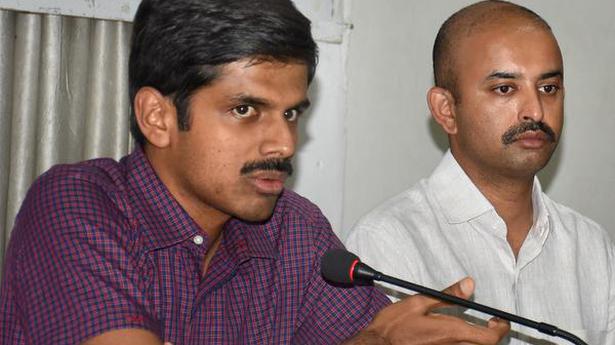 People returning to their villages in Mysuru from Bengaluru are facing resistance from local villagers, who fear the spread of COVID-19.

A day after residents of Abbooru village in Hunsur near here blocked the entry of a group of people returning from Bengaluru only to relent after the taluk administration officials reached the spot and advised the returnees to maintain home quarantine for seven days, Deputy Commissioner of Mysuru Abhiram G. Sankar acknowledged the growing anxiety among the people about the rapidly rise in cases of COVID-19 and the widespread demand for closing the district’s borders to block entry for people returning from Bengaluru.

However, Mr. Sankar not only ruled out the possibility of keeping Mysuru out of bounds for people coming from Bengaluru, but also spelt out the practical difficulties of screening people entering the district from the State capital. “Thousands of vehicles are entering Mysuru every day at the rate of more than 100 every minute from the Bengaluru-Mysuru highway. If we begin screening each individual entering Mysuru, there will be a traffic jam for several km on the highway,” he said here on Monday.

A large number of people from Bengaluru, that is witnessing a huge spike in the number of COVID-19 cases, had come to Mysuru before the lockdown began on Sunday. A group of about 15 people, who were returning to their village Abbooru in Hunsur taluk near here in the early hours of Sunday in private vehicles, were forced to wait outside the village after locals blocked their entry.

The group comprised those who had returned to the village when the lockdown was declared in March this year, but had left for Bengaluru again after the restrictions eased last month. The locals, who learnt about their return, gathered at the village border and refused them entry citing a risk to local villagers from the dreaded COVID-19. The returnees were asked to go back to Bengaluru or bring with them a COVID-19 negative certificate from an authorised laboratory.

However, police and other taluk administration officials reached the spot and convinced the villagers to let them in. The villagers relented only after the returnees from Bengaluru were forced to undergo home quarantine for seven days. Quarantine seals have been stamped on the returnees, Hunsur Taluk Health Officer Kirthi Kumar told The Hindu.

Officials said there is no regulation on inter-district movement of people and hence entry cannot be refused to people from other parts of the State.