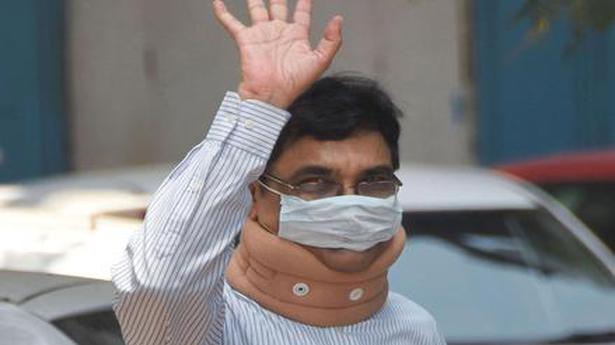 The City Civil and Sessions court on Sunday allowed the National Investigation Agency (NIA) an extension of 90 days to file its chargesheet against Anand Teltumbde and Gautam Navlakha, accused in the Bhima-Koregaon case.

He had surrendered before the New Delhi office of the NIA on April 14. The agency was granted custody till April 21, which was extended by seven days. The NIA had then claimed that he was not cooperating with it and giving evasive replies. It therefore sought his judicial custody, which was granted. Mr. Navlakha is at the Taloja jail’s quarantine centre located at Namdar Gopal Krishna Gokhale Vidya Nagar, Kharghar.

The agency’s application seeking his custody was on the grounds that it had to confront him with data recovered from seized electronic articles and question him about the whereabouts of the other accused absconding in the case.