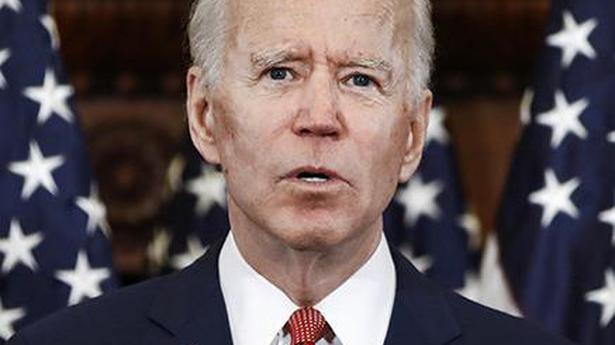 Mr. Trump tweeted several times on Monday criticizing vote-by-mail plans that numerous states have implemented so that voters concerned about the coronavirus infection can submit their ballots from home.

“If people can go out and protest, riot, break into stores and create all sorts of havoc, they can also go out and VOTE – and keep our Election Honest,” Mr. Trump wrote. “With millions of mail-in ballots being sent out, who knows where they are going, and to whom?”

Mr. Trump, who himself has submitted absentee ballots through the mail, has for weeks stoked fears among his supporters that Democrats will abuse the vote-by-mail process in November’s election.

“Voter rolls are notorious for including people who no longer live at the address on file, or are even deceased,” Trump campaign spokesman Tim Murtaugh said in response to the Biden camp’s claim. “It is a wide open invitation for fraud and an undermining of election integrity.”

Biden’s campaign said that Mr. Trump was forcing people to choose between protecting their health and exercising their right to vote.

“Our campaign has sent letters to Twitter and Facebook demanding that this disinformation, which seeks to undermine faith in our electoral process, gets taken down immediately.”

A Facebook representative said Mr. Trump’s message does not violate their policies and would not be removed. A Twitter spokesperson also said the posts did not violate its rules.

The social media companies are under pressure to try to police disinformation in political campaigns.

Mr. Trump told Politico in an interview published on Friday that expanded mail-in voting could cost him re-election.

In March, he told Fox News: “If you ever agreed to it you’d never have a Republican elected in this country again.”

Indian expat to travel home after two decades; gets $204,195 waiver in overstay fines