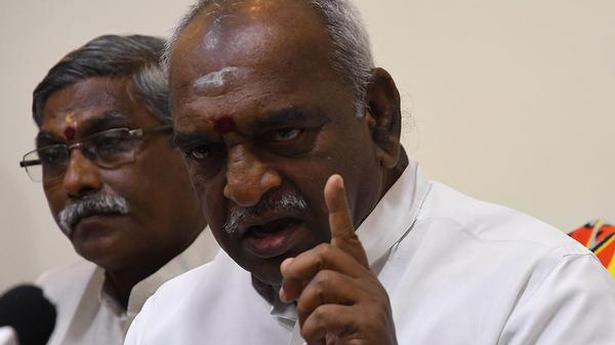 Senior BJP leader and former Union Minister of State Pon. Radhakrishnan on Wednesday claimed that the party’s alliance with the AIADMK was for the Lok Sabha polls and it would take a decision on an alliance for the upcoming Assembly elections next year that could include going with “either the AIADMK or the DMK”.

However, DMK treasurer T.R. Baalu told The Hindu that there was no such possibility. “The DMK’s alliance decision has to be taken only by the DMK president, M.K. Stalin, not by some Tom, Dick and Harry (sic),” he said.

DMK leaders said Mr. Radhakrishnan was possibly trying to cause confusion in the opposition ranks with such statements.