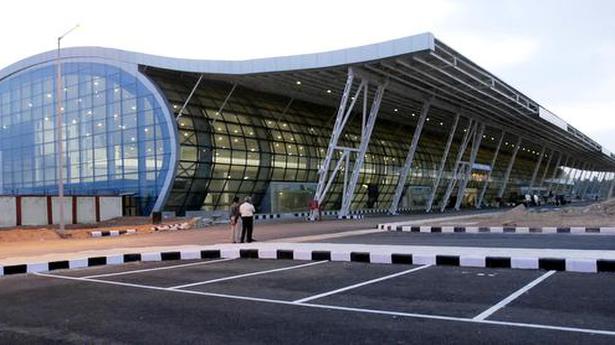 The KSIDC had conveyed its bid to the central government through a private firm in 2019.


The BJP on Saturday said the Kerala government had lost the bid to win the contract for handling operations of the Thiruvananthapuram International Airport due to its questionable actions and was now blaming the Central government for the debacle.

BJP State president, K. Surendran, told The Hindu the government had made a pitch for the contract via the Kerala State Industrial Development Corporation (KSIDC).

(The Centre had floated a global tender for privatising the airport’s operations.)

The KSIDC had conveyed its bid to the central government through a private firm in 2019.

An RTI reply had revealed that the professional bidding firm had members of the Adani group on its board, Mr Surendran said..

The KSIDC had hired the bidding firm with links to its competitor by overlooking the starkly evident conflict of interest.

The oversight, possibly wilful, might have worked to the advantage of the competing Adani Enterprises Limited (AEL) to bag the contract.

The AEL had outbid other competitors, including KSIDC, to win the lease for handling the right of operation, management, and development of the airport for 50 years.

It had done so legally and transparently. The privatisation of the airport would pave the way for its development, he said.

The government has moved the High Court to stay the granting of the lease to AEL. It was a belated attempt to pull the wool over the eyes of the public.

Mr Surendran’s statement assumed significance against the backdrop of the decision of an all-party meeting convened by Chief Minister Pinarayi Vijayan on Friday to resist the move to hand over the operational control of the airport to AEL.

The CPI(M) had also called for a people’s movement to privatise the iconic airport. The government had also said privatisation of the airport would hobble its expansion plans, which required the State to handover land for runway space. It had told the Centre to allow the government to form a company like the CIAL in Kochi to handle airport operations.

Mr Surendran said the Union Ministry of External Affairs was examining whether the State government had got prior sanction to receive financial aid from a foreign agency, UAE Red Crescent, to build dwellings for the homeless under Life Mission scheme.

Mr Surendran had sought a probe by the Central Bureau of Investigation (CBI) into the allegation that Swapna Suresh and Sandeep Nair, two of the accused in UAE consulate linked gold smuggling case, had received kickbacks for channelling the foreign aid to a private builder contracted by Life Mission to construct 140 apartments for homeless families in Thrissur. He had earlier visited the half-finished complex.

Mr Surendran said he would stage a one-day sit-in fast at the State headquarters of the BJP here to demand a CBI enquiry into the “graft” in the Life Mission project.

The office of the Industries Minister E. P. Jayarajan said it would reply to the charges raised against KSIDC.