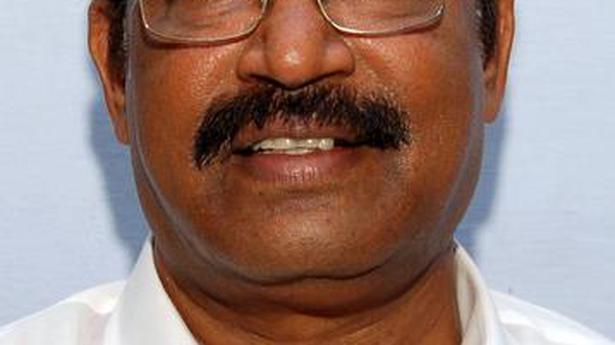 When asked about the leader of the AIADMK-BJP alliance for the 2021 polls, the BJP Tamil Nadu vice president said the BJP will go with whichever party was ready to be accommodative of them

BJP Tamil Nadu vice president V.P. Duraisamy on Wednesday claimed that the upcoming 2021 Assembly polls will be a battle between the BJP and the DMK. The BJP will lead an alliance, he said.

“Till last week, the political situation was that the next elections will be a fight between the DMK and the AIADMK. After [DMK legislator] Ku.Ka Selvam joined us last week, the scenario has now changed to BJP vs. DMK. This is a growth for us. We are growing fast,” claimed Mr. Duraisamy, a former DMK legislator and Deputy Speaker, who joined the BJP recently. He also claimed that more people from the DMK will join the BJP and that will shock the principal Opposition party in the State.

Mr. Duraisamy’s claim runs contrary to Mr. Selvam’s stance that he has not joined the BJP. In fact, he has written to the DMK leadership questioning his suspension from the party. Mr. Selvam had recently met BJP national president J.P. Nadda in Delhi and took part in a function at the party’s Tamil Nadu headquarters on the day of the Ram Temple foundation stone-laying ceremony.

When asked about the leader of the AIADMK-BJP alliance for the 2021 polls, Mr. Duraisamy said the BJP will go with whichever party was ready to be accommodative of them. “Whichever side we are on will only win,” he said.

Asked further about the leadership of the alliance, he replied, “Definitely it is us (BJP) only . We are a national party,” he said.

On the issue of some persons with criminal records joining the BJP, he said that every party has such people.