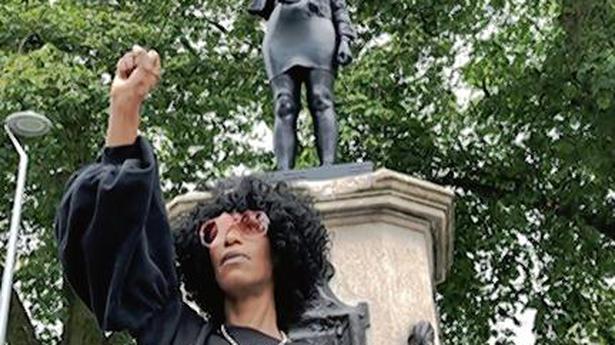 A statue of a slave trader toppled by anti-racism protesters in Britain last month was replaced on Wednesday — without permission — with a sculpture of a black woman who helped pull it down.

Entitled “A Surge of Power” by artist Marc Quinn, the new statue was erected without the knowledge of Bristol City Council.

Ms. Reid attended the unveiling and told The Guardian newspaper that it was “just incredible”.

“This is going to continue the conversation. I can’t see it coming down in a hurry,” she said.

A native of Bristol, his name is commemorated in many landmarks across the city.