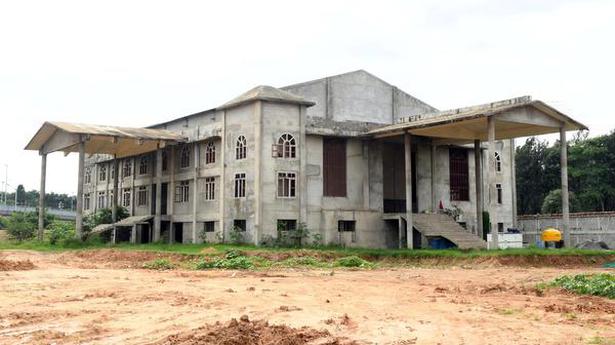 
The Marathahalli police will soon get a new station, and it will be given to them by the Bangalore Metro Rail Corporation Limited (BMRCL) as compensation for the one that will be demolished.

The corporation is set to try its hand at constructing buildings for government agencies whose properties it has acquired for Phase II of Namma Metro. And it’s not just the Marathahalli police station that BMRCL is constructing. It will be building a bhavan (hall) for the Karnataka State Reserve Police and residential quarters for Central Silk Board employees, among other projects.

The new buildings will be compensation for acquiring land and properties owned by government agencies at various locations along the metro alignment.

“For metro construction on Outer Ring Road and other lines, we need properties owned by various government agencies. At some locations, there is a need to demolish existing buildings to build the metro network or for related purposes. We are demolishing an under-construction hall of KSRP and building a new one. The BMRCL is investing ₹20 crore for the purpose,” said Chennappa Goudar, general manager for land acquisition and rehabilitation of BMRCL. He added that land will be used for providing bus bays and integrating the metro transport system with other modes of transport.

BMRCL is also constructing an ACP office in Mahadevapura and a veterinary dispensary in Whitefield.

Along the K.R. Puram to Kempegowda International Airport (KIA) line, the compound wall and some other structures of the Government Flying Training School in Jakkur will make way for the metro elevated line. Here, too, officials said they will be building a new structure as compensation.