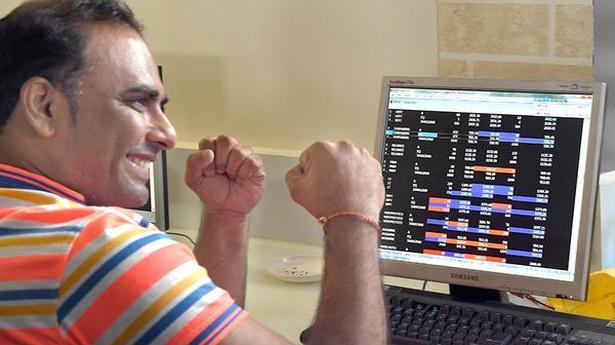 Signs of greenshoots in the economy.

PTI reports: “Consumer sentiment has started to get “a little better”, even though the COVID-19 pandemic has continued to worsen, said a report by the Boston Consulting Group (BCG).

“Cautious living” is emerging as the new theme, where consumers beginning to feel that it is time that they need to resume their activities albeit with a lot of caution, said the report titled ‘COVID-19 Consumer Sentiment Research’

The revival is stronger among lower-income segments and lower-tier cities, said the report, which has covered around 3,000 respondents across metros and Tier I/II/III & IV cities from July 20 to August 2, 2020.

Around 44 per cent of consumers think their income in the next six months will be lower than pre COVID levels — significantly lower than 57 per cent in the last round conducted over May 18-23.

“Similarly, the sentiment about spending is beginning to look better. The latest round had 42 per cent consumers expecting their spends over the next six months to be lower compared to 53 per cent in the last round,” it said.

“Majority of the consumers, however, say that the frequency of most of these activities is still not at the pre-COVID levels,” it said.

This is the fifth round of survey, which assessed the overall changes in behaviour across a large set of categories and daily lifestyle. It also tracks overall consumer sentiment towards COVID-19.

Kanika Sanghi, Lead, Centre for Customer Insight for BCG India said, “We are beginning to see a change in the consumer sentiment. The overarching feeling in all the previous rounds of survey had been more around fear, worries about economy and their own incomes, whereas the latest round speaks much more about learning to live cautiously with the virus.

The extent of revival is much faster in smaller cities. Across metrics, Tier 2 and below towns show faster pick-up.

“For example, 52 per cent consumers in Metro and Tier 1 think their income will be lower, while only 41 per cent in Tier 2 and below think the same. Similarly, 36 per cent of small town consumers are going to local markets for essentials shopping as much as they used to pre COVID compared to 27 per cent in metro and tier I,” it said.

The spending sentiment has improved across many categories.

While essentials, health, in home entertainment continue to be winners, there is an uptick in sentiment across many semi-essentials like personal care, packaged food as well as discretionary items like apparel, cosmetics, auto, consumer electronics. Travel, out of home entertainment, on the other hand, continue to show little to no improvement.

The strong acceleration in e-commerce continues.

As per the survey, around 20 per cent new users have been added to the universe of online shoppers in the last 3-4 months. Many of the categories have seen an even faster acceleration — with fresh foods, staples seeing up to 40-50 per cent new users.”

State Bank of India’s research report Ecowrap expects GDP to contract by 16.5% in the first quarter of the current fiscal.

Earlier in May, Ecowrap had estimated Q1 GDP contraction at over 20% and now pegs it lower, “though with the relevant caveats in the current uncertain scenario”, as per the report released on Monday.

Degrowth in corporate GVA had been significantly better than revenue degrowth in Q1 as far as the results of listed companies were concerned, it said.