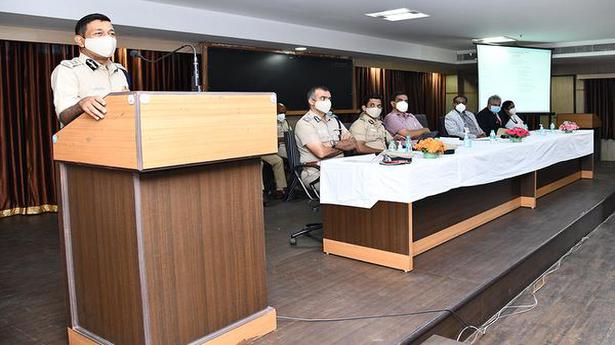 Underscoring the importance of close coordination between police and prosecution officers, City Police Commissioner Mahesh Kumar Aggarwal said, “After a long lockdown, criminal activities have almost reached normal levels. Our idea is to meet the challenges of law and order and crime prevention through legal means, for which both the Police Department and the prosecution have to work in full cooperation and coordination.”

He said prosecution officers could directly contact the Deputy Commissioner in their respective areas if they found any lacunae in evidence collection, FIR drafting and filing of charge sheet.

Stressing the need for invoking the provision for cancellation of the bail granted to repeat offenders, Mr. Aggarwal said a criminal involved in many cases should not be allowed to roam free on the streets and plan to commit another offence. “All of us feel that such criminals have no other place than jail.”

He said that when bail was granted, there was an underlying perception that the criminal would not get into a similar crime again. It was the duty of the criminal justice system, consisting of police and prosecution authorities, to protect society from such criminals.

“I am personally very anguished when I hear the incidents of crime. Each and every incident of crime brings before me the pain and trauma felt by the victim,” Mr. Aggarwal said, urging police officers and prosecution officials to work to ensure a peaceful society.

The officers were asked to expedite the trial in long-pending cases and get a deterrent punishment. They also analysed causes for the delay in trial and discussed ways to improve production of prosecution witnesses and evidence in courts.