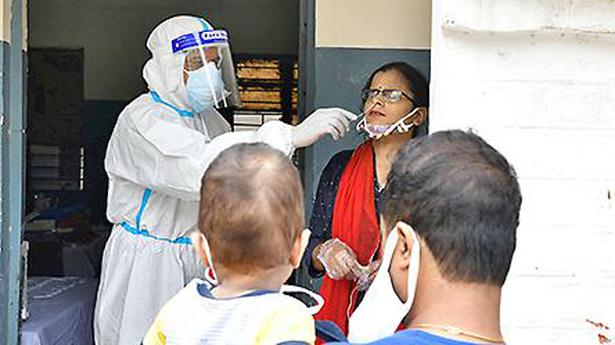 
The Capital on Wednesday witnessed the highest COVID-19 tally with 4,473 cases being reported in the past 24 hours. Delhi also saw the second highest number of daily tests — 62,593 — on Wednesday, according to Delhi government’s health bulletin.

Taking the crisis into consideration, the government has declared 100 beds each for COVID-19 treatment in government-run Deen Dayal Upadhyay Hospital and Baba Saheb Ambedkar Hospital, according to an official order.

The positivity rate (percentage of people testing positive for every 100 tests done) has slightly gone up to 7.1% from 6.8%. The number of containment zones jumped to 1,637, the highest so far.

Health Minister Satyendar Jain told the media that positivity rate has decreased from 8% last week to 6.8%. The death rate of last one week is 0.71%. “Scientists told me that in some people antibodies are less and in some, antibodies decrease after a few months. But memory cells remain in the body and if reinfection occurs, they trigger and won’t let it [disease] happen,” explained Mr. Jain about antibodies not being found in some people who were tested positive for the virus.

On Tuesday, The Hindu had reported that according to the second serological survey done in August by the Delhi government, 30% of the 257 people who had recovered from COVID-19 and tested for antibodies against the virus did not have any trace of it.

But experts said there was no need to “panic” as the neutralising antibodies (IgG) tend to vanish after three months. But in most cases the memory cells will remember the virus and trigger an immune response if the person, who recovered from COVID-19, is again attacked by the virus.

Virus cases fall below 3K as tests drop by 42%