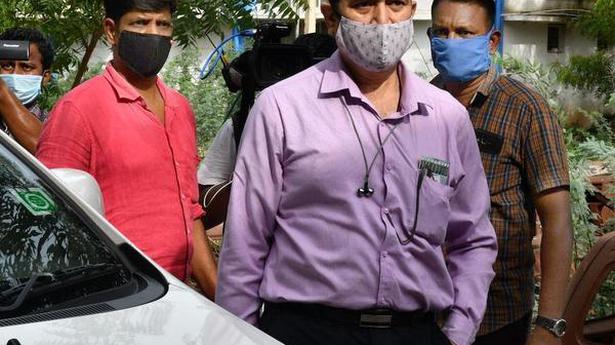 An eight-member CBI team, led by Additional Superintendent of Police Vijaykumar Shukla, arrived in Thoothukudi on Friday to formally take over probe in the Sattankulam twin custodial deaths case.

The team received evidences and documents pertaining to the case from Anil Kumar, Investigating Officer of the CB-CID team, which probed the case on the directions of the Madras High Court (Madurai Bench). The State agency had arrested 10 policemen and recorded the statements of many witnesses.

After receiving the documents, the CBI team had an over two-hour discussion with the CB-CID team including Superintendents of Police Vijayakumar and Madasamy.

The CBI is likely to approach the court next week to seek the custody of the accused for interrogation. Since the CBI investigators have to visit Sattankulam and Kovilpatti in connection with the case, the investigating agency is likely to have its office in Palayamkottai, sources said.

First person: ‘Volunteering and motivational videos helped me through those lonely days and nights with COVID-19’