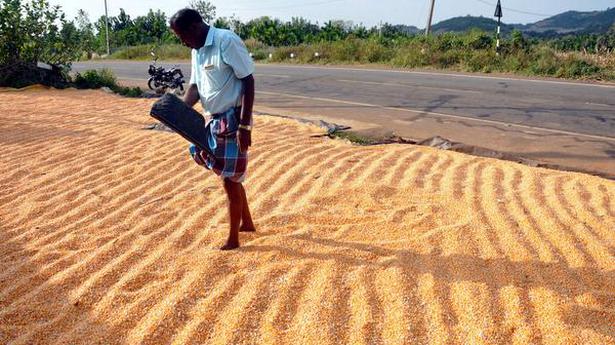 The Cabinet Committee on Economic Affai₹ (CCEA) on Monday approved an increase in the minimum support prices (MSPs) for all mandated kharif crops, including paddy, pulses and cotton, for the 2020-21 marketing season.

“The increase in MSP for kharif crops is in line with the Union Budget 2018-19 announcement of fixing the MSPs at a level of at least 1.5 times of the all-India weighted average cost of production, aiming at reasonably fair remuneration for the farmers”, an official release said.

It added that the expected returns to farmers over their cost of production are estimated to be highest in case of bajra (83%) followed by urad (64%), tur (58%) and maize (53%).

For the rest of the crops, return to farmers over their cost of production is estimated to be at least 50%.

Likewise, the MSP for jowar has been increased by ₹70 per quintal for this year.