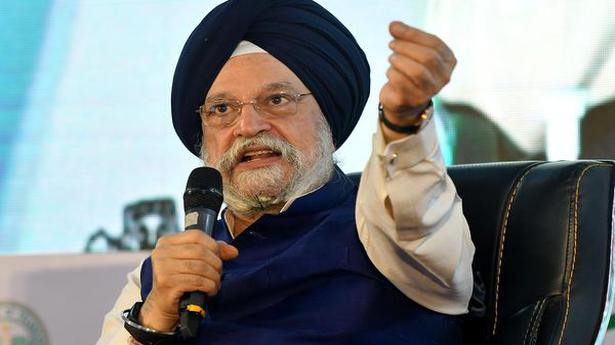 It would lead to employment generation, Minister tells Lok Sabha.


The Central Vista redevelopment project would lead to employment generation and could be “an important fulcrum of economic revival”, according to the government’s reply to a question in the Lok Sabha about the rationale for the project given the state of the economy.

In his written reply to the question by Trinamool Congress MP Mala Roy, Housing and Urban Affairs Minister Hardeep Singh Puri said: “In the current economic scenario, the project shall generate large number of direct and indirect employment which could be an important fulcrum for economic revival.”

The project, which includes the construction of a new Parliament and office buildings for Central Ministries along Rajpath, was announced by the Ministry last year.

“The tender for construction of the new Parliament building is under scrutiny while architectural plans for other buildings are under planning stage. The estimated cost for construction of new Parliament building is ₹971 crore. Estimated cost of other buildings and development/redevelopment of Central Vista Avenue shall be worked out after finalisation of plans,” the Minister said.

He said the Tata Projects Limited had emerged as the lowest bidder at ₹861.91 crore.

What is the project to redevelop Lutyens’ Delhi all about?

“The existing Parliament House building was started in 1921 and commissioned in 1927; this building is already 93 years old and has since been declared heritage grade-I building. Its facilities and amenities are highly inadequate to meet the current demand of Parliament. There is acute shortage of office space and there are no individual chambers for MPs. This building was not meant to be for bicameral Parliament and has been over-stressed,” Mr. Puri said.