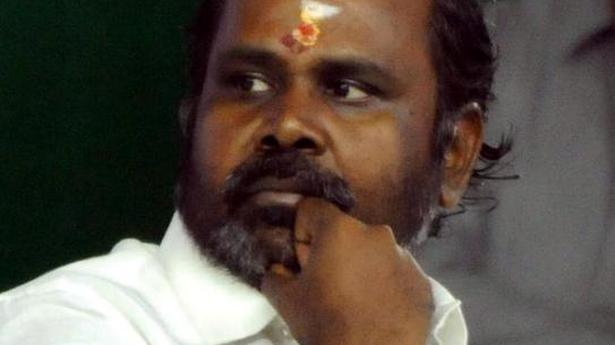 The Department for Promotion of Industry and Internal Trade (DPIIT) under the Ministry of Commerce and Industry has asked the Tamil Nadu Fibernet Corporation Limited (TAFINET) to immediately scrap the ₹1,950 crore BharatNet tender.

In a communication sent to the Tamil Nadu Chief Secretary, the DPIIT pointed out that the bidding conditions were “restrictive” and “discriminatory” in nature and said TAFINET should float fresh tenders with “non-restrictive” qualification criteria.

The Department of Telecommunications, the nodal Ministry, should direct TAFINET for corrective action to be taken regarding the immediate cancellation of the tender, the DPIIT said, and called for an urgent report on the action taken.

The decision follows a video-conference convened on June 23, 2020, by the Additional Secretary, DPIIT, to enquire into allegations of irregularities and non-compliance of Public Procurement (Preference to Make in India) Order, 2017, in the multi-crore tender flagged by Arappor Iyakkam, Chennai, Telecom Equipment and Services Export Promotion Council (TEPC), New Delhi, and Tejas Networks Limited, Bengaluru.

Arappor Iyakkam had earlier filed a complaint about the massive tender changes in BharatNet tenders to favour specific companies in the ₹1,950 crore tender to the Chief Minister, Chief Secretary, Secretary, DoT, Central Vigilance Commission, the DPIIT and others.

After staying the closure of tenders, the DPIIT later convened the video-conference to discuss the allegations in the presence of the Additional Chief Secretary, Information Technology, Managing Director, TAFINET, the complainants and a panel of experts.

“This vindicates Arappor Iyakkam’s complaint of massive irregularities in the BharatNet Tenders. The efforts have prevented a major corruption from happening and saved crores of public exchequer money. Our main allegation was about the arbitrary and malafide changes of 3 times increase of Turnover and Experience, violating CVC and DPIIT’s 2017 ‘Make in India’ order, introduction of proof of concept to bring subjectivity and discretion in tender, changing router conditions to suit certain specific companies etc,” Jayaram Venkatesan, convenor, Arappor Iyakkam, said.

He said the Joint Secretary of DoT recommended cancellation of the tender and floating of a fresh tender adhering to CVC guidelines and DPIIT’s orders in the video-conference. The DPIIT Joint Secretary also shared findings of the router conditions violating the ‘Make in India’ Order of 2017.

When contacted R.B. Udhayakumar, Minister for Revenue & Disaster Management and Information Technology, said the State government would soon issue a fresh tender complying with the guidelines of the Government of India. The BharatNet tender was a Central government-funded scheme and an ambitious project of Tamil Nadu Chief Minister Edappadi K. Palaniswami to take high-speed internet connectivity to 12,542 villages across the State.

The project aimed at providing internet services to rural masses, including 65 lakh students who were given free laptops by the All India Anna Dravida Munnetra Kazhagam governments since 2011. It would only be apt for the government to have control of the internet connectivity in future when education, healthcare and other essential /crucial services would be via online platforms, he told The Hindu on Saturday.

“There is 100 per cent transparency in the project and there is no hidden agenda. When some vested interests accused the government of corruption and moved the court, after examining both sides the court said there was no material to substantiate such allegation. The DPIIT has given some guidelines and advised re-tender…we will convene a meeting and issue re-tender at the earliest. The people are aware of our welfare measures and will not be influenced by the false propaganda of some people,” Mr. Udhayakumar said.