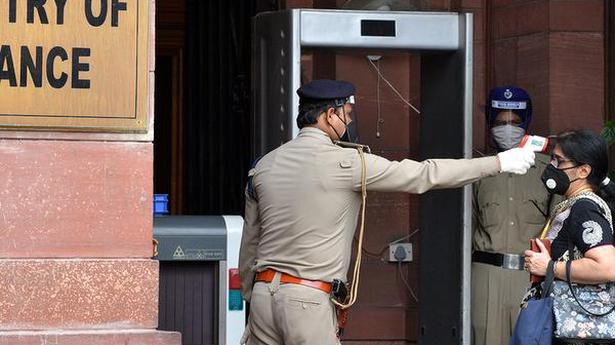 Indications are there could be more, over and above Monday’s mini-stimulus package from the FM

The government could announce more relief and stimulus measures to pump-prime the economy in the months to come, with senior government sources stressing that the mini-stimulus package announced on Monday did not mean that the Centre had closed the option for more steps going forward.

Finance Minister Nirmala Sitharaman had announced a package on Monday to spur consumer demand and capital spending, with estimated benefits in the range of ₹73,000 crore to ₹1 lakh crore. The package, estimated to have a fiscal cost of 0.2% of GDP, includes incentives for government employees and formal sector employees to buy consumer goods and other services by using cash vouchers linked to their leave travel allowances.

“We are not saying that this is the last stimulus package that we are offering to counter the pandemic’s effects on the economy,” a senior government source said, in response to queries if any further measures could be expected to boost consumer demand in the upcoming festive season.

“All options are still open… we have several ideas on the table from the Prime Minister’s Economic Advisory Council, the NITI Aayog, corporate India. We are open to ideas from anybody,” the official said.

The government is yet to take a final call on moving an appeal against Vodafone’s victory in an arbitration over a long-pending tax dispute that involved a retrospective amendment to the country’s tax laws.

“We are not in favour of retrospective taxation amendments, but we also don’t believe that a tax claim can be invoked under a bilateral investment protection pact (BIPA),” another senior government source said.

“How can the sovereign right of a country to raise taxes be part of a bilateral investment pact… Those are only supposed to protect investments made by either country’s firms into each other’s markets. BIPAs are about protecting investments, not avoiding taxes,” the person said, requesting anonymity owing to the sensitivity of the matter.

The merits and demerits of filing an appeal against last month’s arbitration award to Vodafone are still being evaluated, the source said. One option being considered is that no appeal may be filed in this particular case, but India’s right to tax will be asserted in an appropriate manner to pre-empt such incidences in the future.

Time is ripe for a demand push: Sanjeev Sanyal