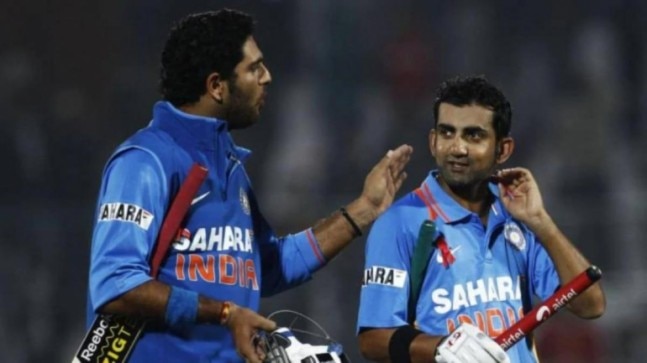 Former India opener Gautam Gambhir has went out of his fixed pattern to upload a funny Instagram post which has drawn reaction from non other than Yuvraj Singh.

In the picture Gautam Gambhir can be seen thinking deeply about something. While, the picture is a vintage Gambhir picture with all his seriousness, it is his caption which has made everything funny.

“After seeing myself edging an outswinging ball straight to the slip!” Gambhir captioned the picture.

The former southpaw was known for his serious on-field demeanour during his playing days. His fights and banters on the field are still famous and have got millions of views on YouTube, also things have not changed much after his retirement.

A Gambhir, a Member of Parliament from East Delhi now is known for his scathing attacks on the opposition. He participates in crickets talks as well and his comments are spicy and fierce most of the time. Very recently, Gambhir had blasted former chief selector MSK Prasad for dropping Ambati Rayudu from the 2019 World Cup squad and his ‘3-D comment’ regarding the inclusion of all-rounder Vijay Shankar.

Keeping these things in mind and obviously, having spent a lot of time with the Gambhir in the dressing from, Yuvraj Singh replied to the post writing, “Chalo at least your imoji has smiled.”

Gautam Gambhir was quick to reply back and he wrote, “Prince the emoji is trolling me just like you do always.”

Notably, Yuvraj Singh recently had to face the wrath of fans after donating money for coronavirus relief work in Pakistan through Shahid Afridi’s foundation . Later, after Afridi’s remark on Kashmir and PM Narendra Modi, Yuvraj also apologise to the the public and pledged not to be related to Afridi in any capacity.

“I am in your beautiful village, I am very delighted. I was planning to visit you all from a long time. The world is currently infected by such a big disease, But the bigger disease is in Modi’s mind. Modi deployed 7 lakh soldiers in Kashmir, same as the total strength of Pakistani forces,” Afridi had remarked.